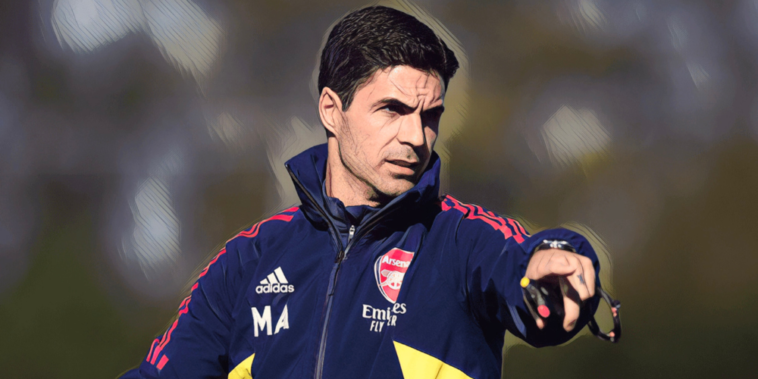 Mikel Arteta has opened up on his love for the North London derby ahead of Arsenal’s trip to face Tottenham this weekend.

The North London rivals go head-to-head in a fascinating clash on Sunday, as the table-topping Gunners make the short trip to the Tottenham Hotspur Stadium.

Spurs are in need of a result of their own as Antonio Conte’s side push for Champions League qualification and the stage is set for an enthralling contest.

Arteta opened up on his experiences of the derby as a player and coach and admits the clash with Spurs is ‘one of the biggest games of the season’ for Arsenal.

“I just love it. That’s why we’re here to play these games,” Arteta told his pre-match press conference.

Arsenal have not won in their last seven visits to Spurs and suffered an emphatic 3-0 loss in this fixture last season. The result swung the momentum of the top four race back in favour of Spurs, who capitalised on Arsenal’s late-season wobbles to overhaul their rivals and secure a place in the Champions League.

Arteta admits that the loss to Spurs was the result that derailed his side’s season and called on his side to rise to the challenge and secure a first ever win at the Tottenham Hotspur Stadium.

“We haven’t won there so that’s the challenge that we have ahead of us.”

Arsenal struggled in a feverish atmosphere at Spurs last season, but Arteta is confident that his team are now in a better place to deal with the pressure of a derby fixture.

“We’re in a different place but we’ll have to show that playing the way we want to play.”

The Gunners won the reverse fixture at the Emirates this season, as goals from Thomas Partey, Gabriel Jesus and Granit Xhaka sealed a 3-1 win.

Arteta said that his side have prepared the same way for this weekend’s clash as the club look to secure a derby win away from home.

“That’s the challenge that we have. We have to beat them at their place. That’s the way we have prepared the game.”

Asked what he was expecting from Spurs at their home stadium, Arteta added: “I don’t know.

“Sometimes they approach games in different ways. Sometimes they allow you to make the game and they have a lot of tools to use to make different problems. Let’s see. We have to allow the game to develop. We will prepare for the game in every possible way and then it will be up to the players to do what they have to do on the pitch.”