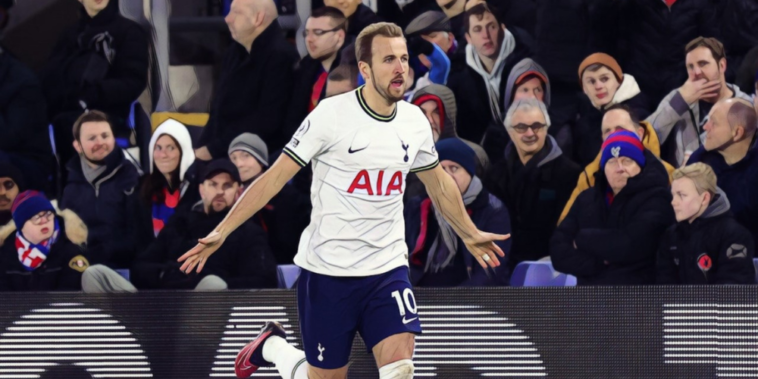 Antonio Conte has backed Harry Kane ‘to beat every record’ after the forward scored twice in Tottenham’s 4-0 win at Crystal Palace.

Kane scored a brace as Spurs produced an impressive second-half performance to move within two points of the Champions League places, with Matt Doherty and Son Heung-min also on the scoresheet at Selhurst Park.

It was a much improved performance from the north Londoners after defeat to Aston Villa last time out and Conte was delighted with the display from his side at Palace.

“It’s always important to get three points and have this type of win,” Conte said, as per The Guardian.

“This brings confidence. The game against Aston Villa, after a good first half, we conceded the goal and our confidence dropped a lot and to recover in two or three days after a defeat at home where we are expected to win, and to go again, was not easy. The response was really good. My players showed great character, great personality.”

Spurs face title contenders Arsenal and Manchester City in their next two league fixtures, in what could prove a defining period in the club’s season.

Conte is hopeful several absent stars will be fit to return for those fixtures, with Richarlison, Dejan Kulusevski and Rodrigo Bentancur all missing at Palace.

“We know we face Arsenal and Man City, the two title contenders for this Premier League,” the Italian added.

“To arrive with a good win is really important. I hope to recover players who are injured. We are talking about important players. I hope in these 10 days to have all the players available: Richarlison, Kulu, Bentancur.”

Conte reserved praise for goalscorer Kane, whose double saw him move within two goals of Jimmy Greaves’ club record for Spurs. Kane’s brace came on his 300th appearance in the Premier League, with no player having ever scored more than his 198 goals at that milestone. Alan Shearer – the Premier League’s all-time record goalscorer on 260 goals – previously held the landmark at 196.

“We are talking about a world-class striker and he is going to beat every record with the goals,” said Conte. “In the difficult moments you know Harry is on the pitch, ready to fight, ready to help teammates, ready to sort the situation with goals and assists.”