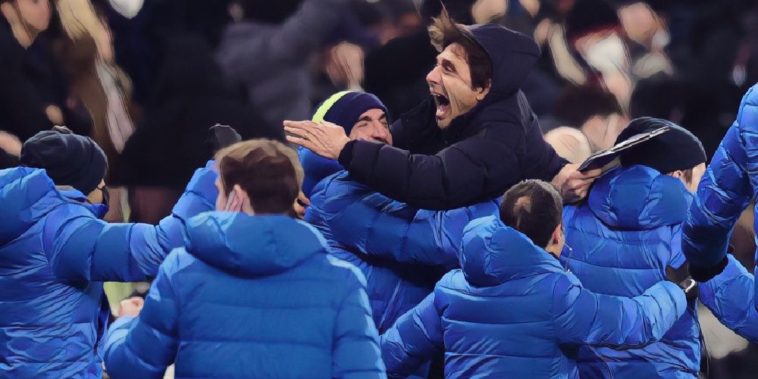 Tottenham Hotspur returned to action to take a point off Premier League title challengers Liverpool in what was an action-packed encounter in North London.

Spurs came into the game on the back of a prolonged break due to the Coronavirus outbreak that ripped through their squad, though they started positively and took the lead in the 13th minute.

After Harry Winks had won the ball back in midfield, Tanguy Ndombele slipped a well-weighted through ball into the path of Harry Kane, with the England striker showing superb sharpness as he fired low across Alisson to give the hosts the lead – just his second Premier League goal of the season.

Heung Min Son and Dele Alli both spurned very presentable opportunities to extend their lead within the opening half-an-hour in what was an entertaining and end-to-end opening.

Those missed chances would come back to bite Spurs 10 minutes before the interval, Andrew Robertson seizing upon a loose touch in the box before standing up an inviting cross that was dispatched by the head of Diogo Jota.

The second half would continue to be as entertaining as the first, and 24 minutes after the interval, Liverpool would take the lead. Mohamed Salah’s cross found its way to Trent Alexander-Arnold at the back post whose drilled effort was headed home from close range by Andrew Robertson.

Heung Min Son would however draw the sides level once more just five minutes later, Harry Winks playing a ball out of midfield, with the South Korean racing in behind the Liverpool defence, and taking advantage of a mistake from Alisson to roll the ball into an empty net.

Almost immediately after the restart, Liverpool would be reduced to 10 men after goalscorer Robertson took a wild swipe at fellow full-back Emerson Royal, and after being initially given a yellow card, it would be upgraded to red after a VAR review.

Both had chances to score more in the closing stages, but had to settle for a point in what was a hugely entertaining encounter and Antonio Conte felt his side could have earned all three.

“I think it was an exciting game and we created many chances to score and win the game,” he told Sky Sports. “We have to be a bit disappointed for the draw. For sure we played against a really strong team.

“For the chances we created, we go home with the thought instead of one point it could be three points.

“We prepared a plan. It’s not simple to defend against them. When we’re in possession I said we could create problems for Liverpool. This happened today. The supporters have seen a good exciting game.”

Jurgen Klopp was left massively frustrated after referee Paul Tierney opted against showing Harry Kane a straight red card for a wild first-half challenge on Andrew Robertson, though Conte was didn’t want to discuss the incident.

Should Harry Kane have been sent off?
Should Liverpool have had a penalty?

“I don’t want to speak about the decision of the referee. I think the game was good for both teams. Harry played a good game. He scored a goal of vital importance. He had chances to score other goals. He’s an important player for us.”

Reports this week have suggested that Dele Alli will be allowed to leave the club in January, though Conte handed him a rare start, and the Italian was impressed with his output.

“Dele Alli played a good game. With this formation with three midfielders he can play as a midfielder and I think he’s strong physically. If he was a bit effective he could score but the performance was good.

“It’s important to understand about the players I can count now for the future. Also to find the right solution for formation. To have two possibilities is good for the team.”

The Premier League are set to convene a meeting tomorrow with all the clubs regarding the alarming coronavirus issues that are gripping the game.

“The people have to take the best decision for everybody,” he said. “To be safe is the most important thing. If they decide to stop everything, if they decide to find different solutions and not close… I think we have to follow what they tell us.”

Next up for Spurs is a Carabao Cup quarter final clash against West Ham.