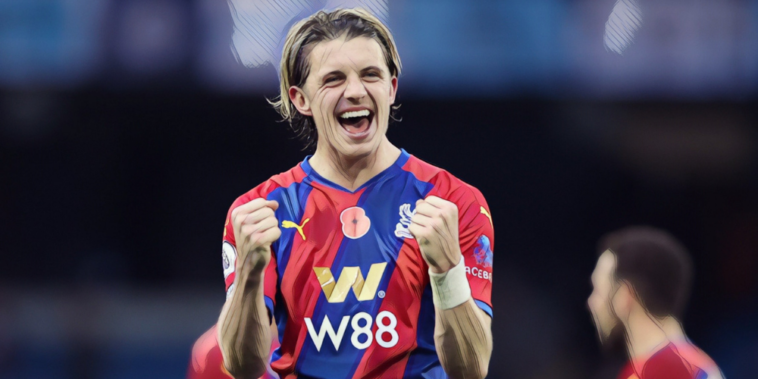 Conor Gallagher will be given an opportunity at Chelsea next season following the midfielder’s impressive performances on loan at Crystal Palace.

Gallagher has emerged as one of the signings of the season after joining the Eagles on a season-long loan deal last summer, with the 21-year-old scoring four goals and providing two assists for Patrick Vieira’s side.

Thomas Tuchel has been impressed with the youngster’s performances and the Mail are reporting that Gallagher is set to be integrated into the Chelsea squad next season, with the west Londoners having turned down loan approaches that included an option to buy last summer.

Leeds and Newcastle were amongst those interested in taking the midfielder on loan with a clause to make the deal permanent, before Palace secured a deal to bring the star across the capital.

The Eagles were also interested in a potential permanent deal, though there is an acceptance that Gallagher will return to Chelsea and be given a chance to impress.

Should the European champions ultimately decide that the midfielder is surplus to requirements, he will depart with his value significantly increased following an excellent start to the season at Selhurst Park.