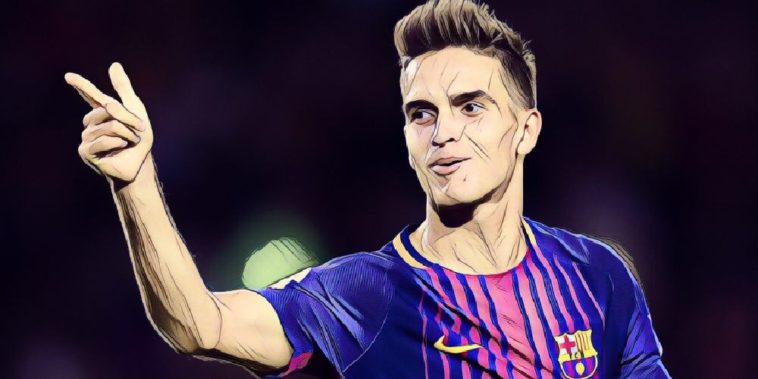 Arsenal have completed the signing of Barcelona midfielder Denis Suarez on loan until the end of the season, although the transfer was completed under a cloud of confusion.

Barcelona announced at 5pm on Wednesday that Suarez would join Arsenal on loan until the end of the season, with the Gunners negotiating an option to make the move permanent in the summer.

The La Liga leaders also announced that they had extended the 24-year-old’s contract until 2021 as they look to protect the midfielder’s value.

30 minutes later though, that announcement was deleted from the Barcelona website, throwing the whole situation into some doubt. However, 18 hours later, the deal was finally announced as the Gunners made their first signing of the January transfer window.

Suarez, who came through Man City‘s academy, has previous experience of working with Unai Emery having spent the 2014/15 campaign on loan at Sevilla from Barcelona, working with the current Arsenal boss, before moving to Villarreal on a permanent deal and then eventually rejoining Barca.

“We are very happy that Denis Suarez is joining us,” he told the official Arsenal website. “He is a player we know well and I have worked with him at Sevilla. He brings us quality and options in many different attacking positions, so he’ll be able to help the team.”