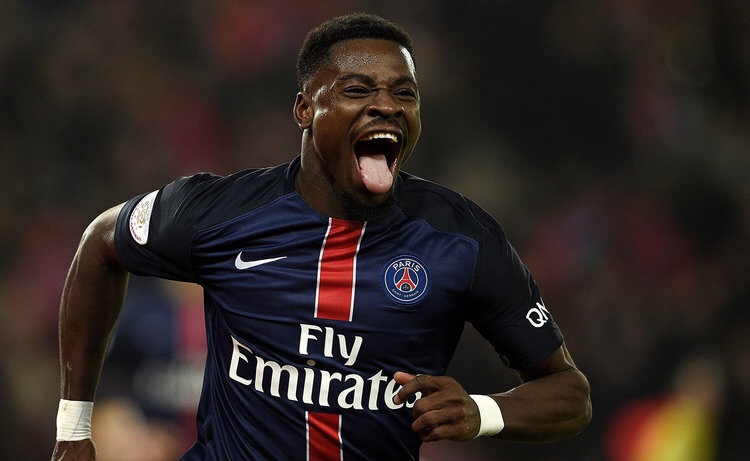 Chelsea have made contact with Paris Saint-Germain regarding the signing of Manchester United target Serge Aurier.

The Ivorian has been linked with a move to a Old Trafford in the last few weeks, with reports suggesting he has already provisionally agreed terms with United.

However, reports in France now suggest that Chelsea have joined United at the negotiating table as they look to strengthen their squad.

Antonio Conte was reportedly unhappy with Chelsea’s transfer business a few weeks ago after missing out on a number of targets, including Romelu Lukaku and Danilo. However, the Italian has been satisfied by the additions of Alvaro Morata, Tiemoue Bakayoko, and Antonio Rudiger so far in this summer’s transfer window.

He is known to be actively looking to sign a new pair of full backs with the likes of Alex Sandro, Alex Oxlade-Chamberlain and Ryan Bertrand all being targetted this summer. However reports now suggest that Conte has added Aurier to his list and has already made contact regarding his signature.

The potential transfer of the defender is however subject to a legal case against him, after he was arrested for assaulting a police officer. That charge caused the Home Office to deny his application for a visa and therefore prevented him entry into the United Kingdom last year where he was due to face Arsenal in a Champions League group stage game.