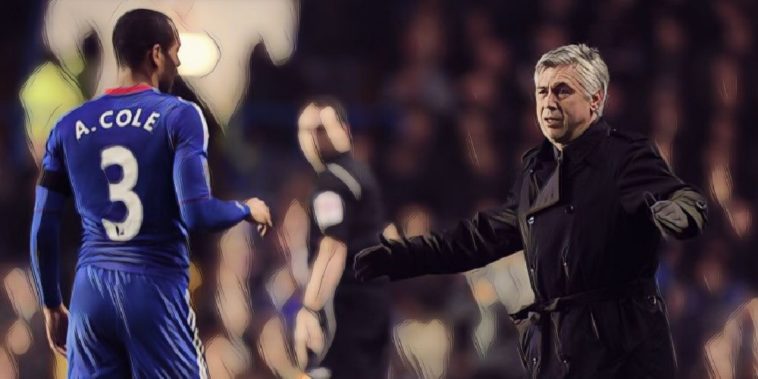 Ashley Cole has given his backing to Carlo Ancelotti for the vacant managerial role at Arsenal and believes the former Chelsea boss would be a ‘great’ appointment for the club.

Ancelotti is rumoured to be amongst the list of names being considered to replace the sacked Unai Emery at the Emirates, the 60-year-old having become available following his own dismissal at Napoli earlier this week.

The Italian, who is also being linked with Everton, possesses a wealth of experience having lifted three Champions Leagues and domestic titles in four different countries, including winning the Premier League during his previous spell in English football with Chelsea.

Former England defender Cole played under Ancelotti at Stamford Bridge as the club secured a domestic double in 2010, and has backed him to be a success should he be appointed at another of Cole’s former clubs in Arsenal.

“I think he would bring togetherness,” Cole said. “I’ve spoken about him a lot in terms of not just how good he was on the pitch but in terms of being a friend and someone that isn’t always serious. You have to go out on the training pitch and have a laugh.

“You have to enjoy what you’re doing and he brought that in training sessions with his coaching staff but then when we went to games he would give you that love and a push and the understanding of what it means to win games.

“He’s won so much in his career as a player and a coach so he’s someone that when he talks everybody listens. I think it would be great if he went to Arsenal.”

Despite Arsenal’s struggles in recent seasons, Cole believes the club is still an attractive proposition for leading managers and believes the North London side possess the potential to challenge again should they fix their long-standing defensive issues.

“I don’t think Arsenal is a step down for anyone to be honest,” Cole added. “It’s still a big club. Yes they’ve not won a lot in past seasons but I think their starting XI is definitely good enough.

“Maybe the defence, for me, needs to defend more but they’ve definitely got the quality and attacking threat.

“If they just address the defensive issues and have a little bit more of a structure and philosophy in how to play with the ball and without it then I definitely think Carlo would do a great job there.”