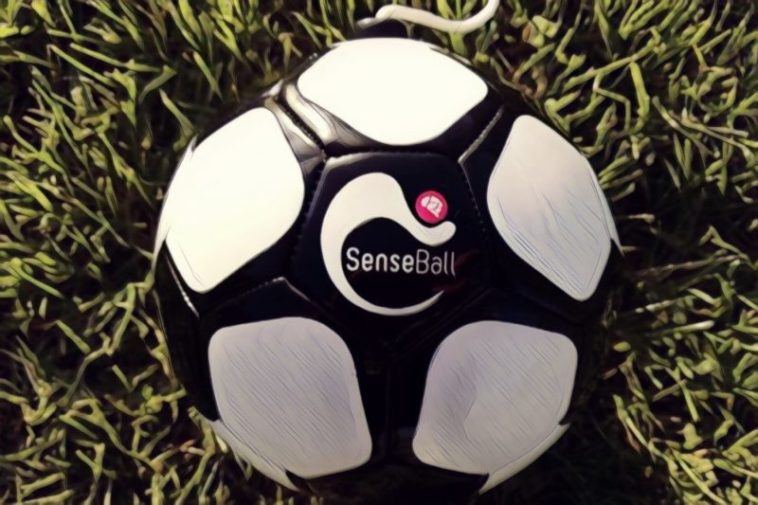 When Michel Bruyninckx started working with the Leuven Football Academy, things were not going too well with Belgium’s favourite sport. This proud footballing nation had not been producing significant talent for a whole generation and was not playing any role in major international tournaments for which it regularly failed to qualify.

Two decades later, Belgium, a semi-finalist in the last World Cup, has been recognized as one of the powerhouses in European football. Its present squad of players has been labelled a “Golden Generation” and it is only fair to give a large part of the credit for this “renaissance” to Michel Bruyninckx’s revolutionary method of CogiTraining–SenseBall.

CogiTraining focuses on brain functioning, with SenseBall being its key tool enabling a footballer to touch the ball approximately tenfold during a season than with conventional training. It also produces two-footed players thanks to the perfectly bilateral exercise plan.

In Belgium, CogiTraining has produced six full internationals; around half of the female international team and various other professionals at clubs such as RSC Anderlecht that recently reached the semifinals of the UEFA Youth Champions League. RSC Anderlecht was among the first clubs to implement this innovative concept at all levels of its youth academy.

“I am convinced that I have mastered playing with both feet thanks to those exercises”, says Dries Mertens, an attacking winger with the Belgium national football team and SSC Napoli. “Congratulations to Michel Bruyninckx”, adds Belgian teammate Steven Defour, a midfielder with Royal Antwerp FC: “He and SenseBall have helped me to become a pro”.

Defender Jan Verthongen (Tottenham Hotspur), midfielders Moussa Dembélé (Ex-Tottenham Hotspur) and Youri Tielemans (Leicester City) are among other Belgium internationals who have confirmed their faith in this method. The success story of CogiTraining-SenseBall, however, has long since transcended Belgian borders.

Italian giants AC Milan have renewed their exclusive contract for Italy with CogiTraining-SenseBall for a third season. The spectacular progress enjoyed by their youth teams since working with the programme made this an easy choice. AC Milan Primavera, the club’s under 19 team, recently beat Real Madrid in the final of the prestigious Hamdan Bin Mohammed International Tournament in Dubai. Coach Cristian Brocchi publicly acknowledged the contribution of CogiTraining to this feat.

In France, FC Metz are exclusive partners for France with CogiTraining-SenseBall. The under 15 side, continuously trained with the programme, has won this season’s French championship, beating clubs like Paris St. Germain along the way. “I strongly associate CogiTraining and SenseBall with the success and progress of our players”, confirms Bertrand Antoine, head of pre-training at FC Metz youth academy.

Between 2000 and 2011, in collaboration with the University of Louvain, Michel Bruyninckx developed a training method, focused on brain functioning, called “CogiTraining” together with its key tool “SenseBall”, and trained a sample of 200 young players (140 boys and 60 girls).

At the start, these children were not very exceptional, either technically or athletically speaking. They were simply young players from the area who were passionate about football and played football in small local clubs at weekends.

Nevertheless, 6 of these 140 boys have ended up playing for the male Belgian national team (among them, Dries Mertens and Steven Defour who played in the 2014 World Cup in Brazil) and 50% of the female players that are core members of the women’s Belgian national football team have come from this sports study training scheme.

CogiTraining and SenseBall maximize the players’ training by means of drills that improve brain organization, therefore enabling faster decision-making and increased accuracy in their movements.

The daily practice of SenseBall (20 minutes per day) makes it possible for a young athlete to touch the ball approximately 500,000 times a year (whereas a professional who trains in the “traditional” way will only touch it about 50.000 times!). Most importantly, they play in a perfectly bilateral way (50% right foot; 50% left foot) which forms a complete two-footed player.

Moreover, after a year of practising CogiTraining with SenseBall, these young athletes improved their school results by 10% on average, which can be explained by the improved brain organization generated by this method.

Specific exercises also permit practical applications outside the sport world, such as physiotherapeutic rehabilitation for bad posture in children and teenagers. It also contributes to the treatment of ADHD, the fight against cognitive disorders, and muscle atrophy in the elderly.