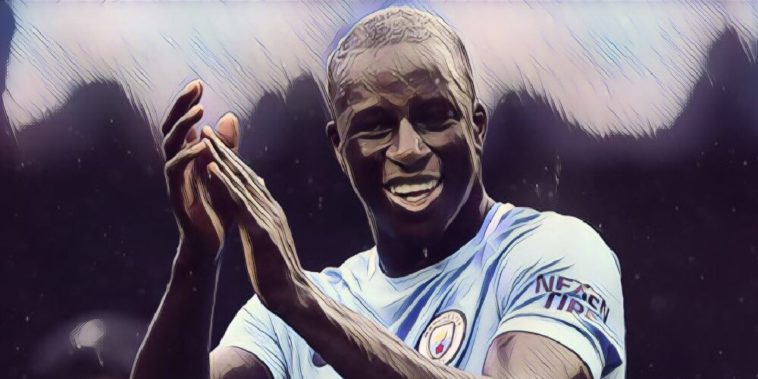 It’s been a truly sensational season for those on the blue side of Manchester, with the majority of the success coming without the services of first choice left-back Benjamin Mendy.

The Frenchman joined the Cityzens from Monaco in a £50 million deal, but suffered a serious knee injury back in September which has kept him out of action since, and has forced Pep Guardiola to play Fabian Delph as a make-shift left-back.

However, the defender is now optimistic about making a return as soon as next month, with the Manchester derby a ‘realistic’ possibility on April 7th:

“The Manchester derby is a realistic aim. That’s half clear in my mind. I really want to play that game,” he said.

“After I return, it’s on me to impress; I have to make sure I come back well and to keep the rhythm. Before it was one of my targets, but now I know it will be fine.”

Mendy also revealed that had initially been targetting a return for the Champions League semi-finals in May.

“When I started my recovery, I had in mind the semi-finals of the Champions League,” he added.

“That was my goal, but I am coming back a bit quicker than expected originally so maybe it will be possible for me to return sooner than that. I believe in this.

“I think it’s possible for me to come back within four weeks. It’s not a good thing to come back too soon and you have to take your time.

“We will see how things go, but I am working hard and optimistic.”