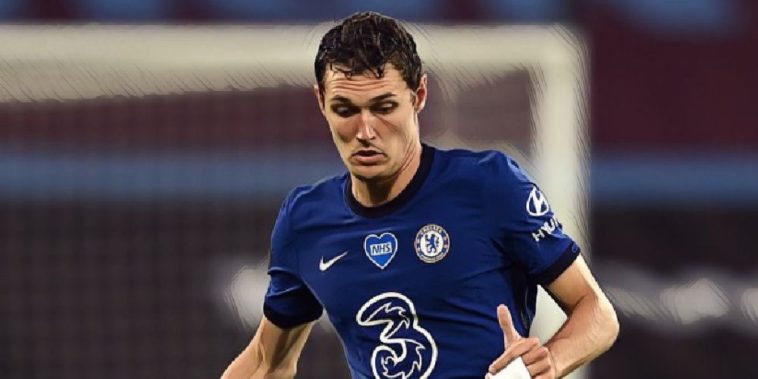 Chelsea defender Andreas Christensen is set to be offered a new deal at Stamford Bridge, following his impressive return to form under Thomas Tuchel.

The Danish international has been at the club since joining from Brondby as a 15-year-old in 2012, making his first-team debut under Jose Mourinho two years later during a League Cup tie against Shrewsbury.

After a two-year loan spell with Borussia Monchengladbach, the centre-back returned to the Blues in 2017 and played a key role under Antonio Conte during the 2017/18 campaign.

Following a difficult period during Maurizio Sarri’s time at the club, Christensen once again forced his way back into the first-team last season in Frank Lamaprd’s first campaign as manager, although the start of this term saw his game time severely restricted with a departure looking likely.

However, since the arrival of Tuchel – and in part due to Thiago Silva’s injury – the 24-year-old has earned a place back in the starting XI, with the club set to reward his recent fine form with a new contract, according to the Telegraph.

The defender’s current deal is set to expire next summer, with the Blues keen to extend that deal in order to ward off any potential interest from elsewhere and as recognition of his impressive displays of late.

With Tuchel opting for a back three thus far, Christensen has flourished at the heart of the defence, conceding just once in the seven games he has played in.

However, with the veteran Silva set to return from injury soon, it remains to be seen whether Tuchel persists with the young Dane, or reinstates the influential Brazilian to his backline.

Christensen’s future may also rest on Chelsea’s transfer plans this summer, with the club having been heavily linked with a new centre-back addition, in order to sure up an area that has looked weak in recent seasons, particularly when opting for a flat back four.

The west London club also have a decision to make over the futures of Antonio Rudiger and Cesar Azpilicueta with their contracts set to expire in 2022, whilst a decision is yet to be made on whether to extend the one-year deal Silva signed when arriving from Paris Saint-Germain last summer.