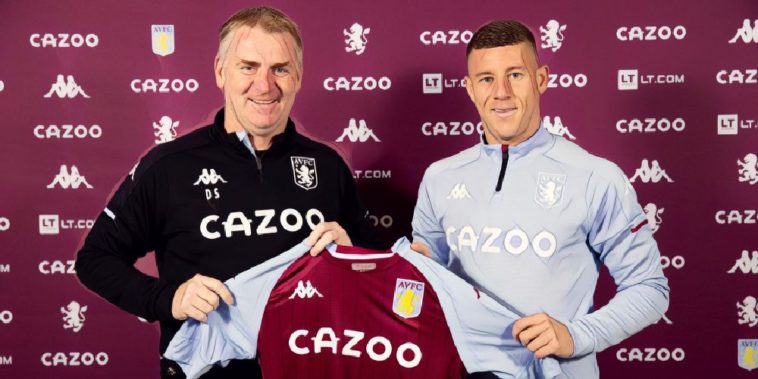 Aston Villa have confirmed the signing of Ross Barkley on a season-long loan deal from Chelsea, with manager Dean Smith lauding the capture of the midfielder as a ‘real coup’.

Barkley has struggled to replicate his best form since moving to Chelsea from Everton two-and-a-half years ago and has signed for Villa in search of more regular first-team opportunities, the England international falling down the pecking order at Stamford Bridge following the Blues’ lavish summer spending.

The England international will hope that increased minutes can boost his hopes of remaining in Gareth Southgate’s thinking ahead of next summer’s European Championships, the 26-year-old having been left out of recent squads despite scoring four times during the qualification process.

Barkley’s arrival will bolster Villa’s midfield options and creativity, with Smith revealing his delight after sealing the club’s fifth major signing of the summer window.

“Capturing a player of Ross’s quality is a real coup for our Club and I am certain he will thrive here and improve our team,” Smith said in a short statement to the club website.

Barkley has featured for just 40 minutes in the Premier League over two substitute appearances this season, though was on the scoresheet during Chelsea’s 6-0 thrashing of Barnsley in the Carabao Cup.

The star could now go straight into the Villa squad for Sunday evening’s clash against champions Liverpool, the club seeking to maintain their perfect record in the opening weeks of the new campaign.