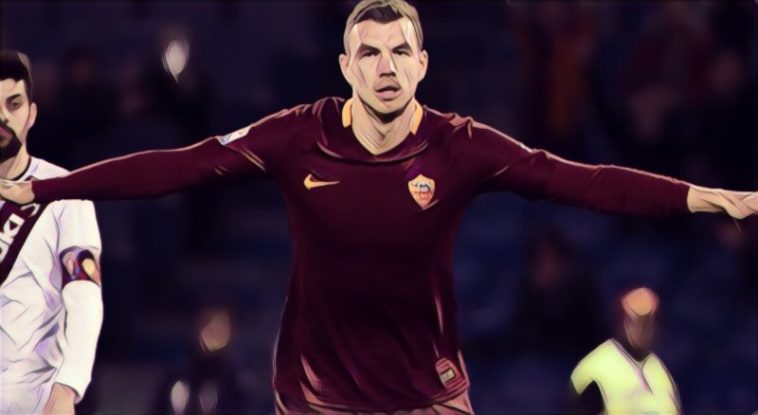 Chelsea were never close to signing Edin Dzeko according to officials at Italian club Roma.

The Blues were heavily linked with a plethora of strikers during the January transfer window, with names ranging from the realistic to the ridiculous, with the likes of Peter Crouch and Ashley Barnes linked with a move to Stamford Bridge.

However, one of the more realistic rumours was Chelsea’s interest in former Manchester City striker Edin Dzeko. Numerous claim and counter claim suggested that the deal to bring the Bosnian back to the Premier League was close, with speculation suggesting that the Blues had agreed a deal with the Serie A club.

However, those reports were false according to Roma Sporting Director Monchi, who said that Chelsea failed to agree terms with either them or the player. He told Sky Sports Italia:

“We had started talking to Chelsea about Emerson [Palmieri], then they asked about Edin.

“We told them to make a bid and we would have evaluate it, but Chelsea never matched the figure we requested and did not reach an agreement with Dzeko.

“We were not 100 per cent convinced to sell Dzeko, but if he had left, a substitute would have arrived. [Olivier] Giroud was an important option, as was [Michy] Batshuayi. “

Giroud ultimately was the one to join the Blues, with Batshuayi being allowed to move to Borussia Dortmund on loan for the rest of the season.