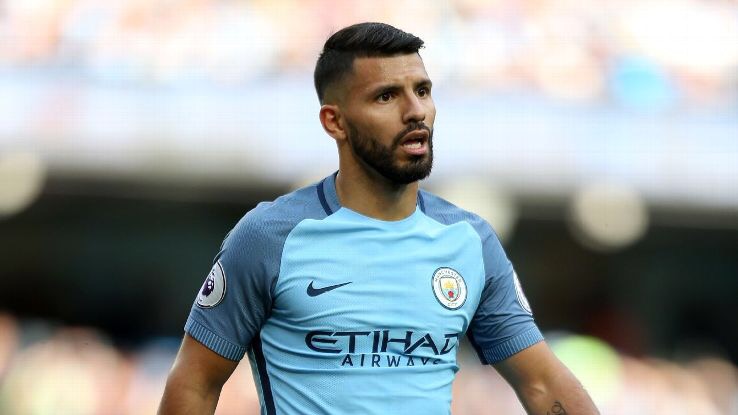 Chelsea have been linked with making a shock move for Manchester City striker Sergio Aguero today.

Sources for Sky Sports claim that the Blues have a ‘strong and serious’ interest in signing the Argentinian and is one of a number of options in this summer’s transfer market.

Chelsea are in the market for a new first choice striker following the revelations last month that Antonio Conte has told Diego Costa he is no longer wanted at the club beyond this summer. The Brazil born Spain international has been left out of the club’s preseason tour of the Far East as he looks to secure his future away from Stamford Bridge.

All expectations were that his replacement would be Romelu Lukaku, but he stunned the Blues hierarchy by choosing to join Manchester United in a £75 million move.

Following this rejection, Antonio Conte has been left to look at other options, and has been linked with moves for Alvaro Morata, Andrea Belotti, Pierre-Emerick Aubameyang, and now Manchester City striker, Sergio Aguero.

The Argentinian seemed to fall out of favour at the Etihad last season under Pep Guardiola, with the Catalan preferring Gabriel Jesus to the club legend Aguero.

However, when asked about the subject of a potential Aguero departure back in May, City chairman Khaldoon Al Mubarak said:

“Absolutely. There’s never been a doubt about that. I’ve read a lot of the speculation on this and it’s ridiculous.

“Sergio Aguero is one of the best players in the world. We are a team that aspires to win every competition we compete in.

“Having Sergio Aguero as part of the squad is an absolute must. It has never been in doubt.”

Currently, Aguero is 9/4 to move to Stamford Bridge following today’s news, although he is still odds on to be a Manchester City player at the end of the window (1/3). Elsewhere, Alvaro Morata is 5/1 to move to Chelsea, with AC Milan 1/5 to secure the Spaniards signature. The Italian club are also the favourites to sign Belotti at 8/15, with Chelsea priced at 7/2.

The most likely deal, according to the bookmakers, is the signing of Pierre-Emerick Aubameyang. The Blues are clear favourites to land his signature, available at Evens.