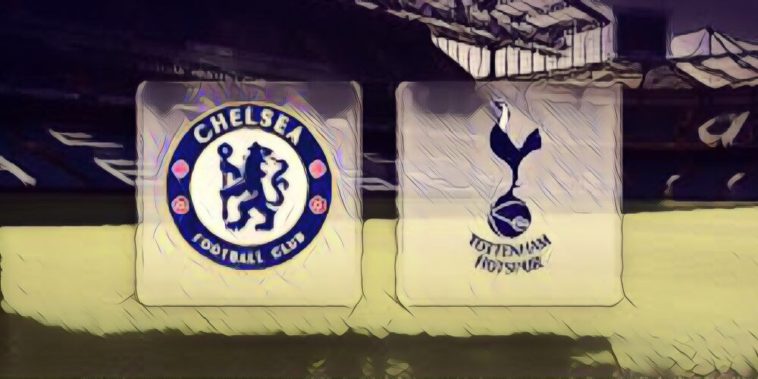 Ahead of the latest clash between these London rivals, we take a look at how the two big-money squads match up…

Even though both sides have been known to use a 4-3-3 formation at times this season, the primary system favored by Antonio Conte and Mauricio Pochettino has been the classic 3-4-3, so that’s what we’ll be working with today.

We’re starting at the back, with a genuinely difficult choice. Spurs’ stopper Hugo Lloris perhaps lacks the pedigree of the younger Thibaut Courtois, but the Belgian has been shaky at times this season, most notably in their 3-0 defeat to Barcelona earlier this month. Meanwhile, Lloris hasn’t had the greatest of campaigns himself, making some high-profile errors against teams like Manchester City. It’s a very close call- in fact, both have 13 league clean sheets this season – but based on recent performances Hugo Lloris just edges it.

The way I see it, only one defender from each team walks into this side unquestioned. They are Cesar Azpilicueta, who was an animal in Chelsea’s title win last year, and Toby Alderweireld, arguably the best defender in the country right now when fit, despite struggling with injuries of late. This leaves one more spot, and although I have been impressed with Antonio Rudiger, Davinson Sanchez, Gary Cahill and Andreas Christensen, it comes down to David Luiz and Jan Vertonghen. For me, the latter gets in because he’s played far more this season.

On the right there is a case to be made for the flying machine that is Serge Aurier, but I haven’t seen much of him yet and defensively he doesn’t always look up to it. I’m also a big fan of Victor Moses but I have to go with Kieran Trippier, who has established himself masterfully since the departure of Kyle Walker in the summer with some exceptional performances. Davide Zappacosta isn’t a bad player but for me he doesn’t get close.

Opposite him, Marcos Alonso is a fairly easy pick. It’s harsh on Ben Davies, who’s having an excellent season, but I feel like Alonso gives the team a bit more going forward and his goal threat cannot be turned down. Danny Rose, to be honest, barely enters my thinking; he just hasn’t played enough this year.

This is really tough, with about eight options for only two positions. The decision isn’t made any easier by the fact that N’Golo Kante simply cannot be ignored, even if he is enjoying his least impressive season so far in the Premier League. That leaves one spot, for which Moussa Dembele, Cesc Fabregas, Danny Drinkwater and Victor Wanyama must battle it out. However, the limited number of spaces leaves me no choice but to throw a curveball and put Dele Alli in my central midfield. There just isn’t room for him among the forwards but he can’t be excluded.

Let’s get one thing right first: Harry Kane is up front. There can be no debate whatsoever. Kane, searching for his third consecutive golden boot, makes Alvaro Morata look like Saido Berahino.

On his left, as much as I like Son Heung-min, I don’t think I’d be very popular if I didn’t put Eden Hazard in my team. The former Premier League Player of the Season.

The final debate, then, is one between Willian, Pedro and Christian Eriksen. Thanks to having more consistent game-time, a better creativity rate and a very respectable goal return, the Dane gets into my XI by the skin of his teeth.