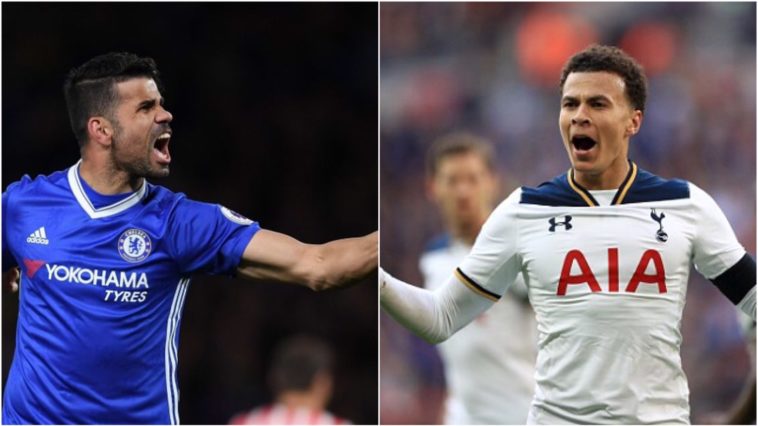 Chelsea lead the league by four points. Tottenham, FA Cup semi-final aside, are in a stunning vein of form that could see them push Chelsea right to the wire. I’ve assessed the remaining fixtures of both sides which will ultimately decide which of these two teams will lift the Premier League trophy.

Home ties against relegation-battling Boro and Sunderland look to be certain victories, with West Brom and Watford unlikely to offer much resistance against the dominant force Chelsea has been this season.

The game they are most likely to drop points in will be the trip to Everton, where the Premier Leagues current top scorer, Romelu Lukaku will be looking to score against his old club.

Could it be 15 points from a possible 15? Chelsea need to win just 4 of them to take their points total mathematically out of reach to the other challengers Tottenham.

Tottenham face a much tougher run in on paper. Games against two of the top six in Arsenal and United will be their biggest stumbling blocks in their chase of Chelsea. However, both of these fixtures are at home. Tottenham have made White Hart Lane a fortress this season, losing no games and scoring 43 goals whilst conceding just 8.

Their previous two home fixtures have been 4-0 victories against Watford and Bournemouth, so they will be full of confidence heading into these home fixtures.

Away games at champions Leicester and London rivals West Ham will both be difficult trips for Spurs. In the reverse fixtures Tottenham are unbeaten against the four teams they face in away games during their run-in: wins against West Ham and Hull and a draw against Leicester.

With a more difficult end to the season, it’s difficult to see Tottenham winning all 5 to push Chelsea to the last day of the season.

Chelsea to lift the title

With Chelsea having the ‘easier’ run-in, and Tottenham being in excellent form in the league, it will be interesting to see how the end of the season shapes up.

Chelsea also have an FA Cup final to contest, but they look set to be named champions if they keep up the form they’ve shown consistently all season.

Tottenham have the second best attack and the best defence in the league, and will be sure to give everything they’ve got to keep the pressure on until the end of the season.

Can Tottenham get 15 points and force Chelsea to do the same? Time will tell.