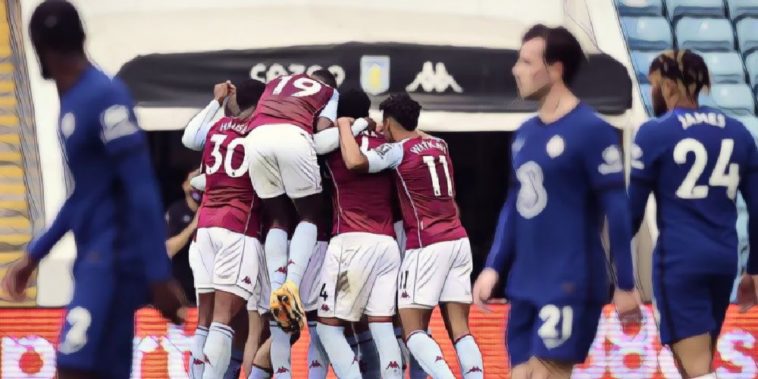 Chelsea and Aston Villa will look to get back to winning ways when the two sides meet this weekend upon the resumption of Premier League action, both sides having drawn their last match 1-1.

Here’s The Football Faithful’s match preview of the game at Stamford Bridge.

Chelsea came into the season as one of the leading title favourites, their purchase of Romelu Lukaku looking like being the missing piece in Thomas Tuchel’s jigsaw, and they have certainly got their season off to a good start.

Having claimed the UEFA Super Cup in their first competitive game of the season, Chelsea got their Premier League campaign underway with a comfortable 3-0 win over Crystal Palace, before Lukaku scored on his second debut for the club as part of a 2-0 win over Arsenal.

The Blues then followed that up with a hard-fought 1-1 draw against fellow title rivals, Liverpool, going ahead courtesy of a fine flicked header by Kai Havertz, only to get pegged by ex-Chelsea player, Mohamed Salah, from the spot.

That incident came about as Reece James was shown a straight red for handling the ball on the line on the stroke of half time, only for Chelsea’s 10 men put in a resilient defensive display to earn a well-deserved point.

That red card means James is suspended for the visit of Villa meaning Tuchel is likely to reshuffle his backline – with either Cesar Azpilicueta or Callum Hudson-Odoi likely to be utilised as a right-wing back – while he will also be unable to call upon veteran defender Thiago Silva who has been handed a ban following Chelsea’s refusal to allow him to join up with Brazil.

There could also be a debut for Deadline Day arrival Saul Niguez, though, who joined the club on an initial season-long loan from Atletico Madrid.

Many people were impressed by Aston Villa’s summer transfer business, with a few onlookers tipping them as potential dark horses of the season following their capture of Emi Buendia, Leon Bailey, Danny Ings and Ashley Young over the summer.

Their season has got off to a bit of an indifferent start, however, slipping to a surprise defeat to newly-promoted Watford on the opening day, before registering their first points of the season with a 2-0 win over Newcastle.

A rotated Villa side thrashed League Two minnows Barrow in the Carabao Cup, before they were again held by fellow Premier League newcomers Brentford in 1-1 draw at Villa Park to leave them with four points from their opening three games.

That game saw Ezri Konsa withdrawn in the dying minutes through injury, while Buendia and goalkeeper Emi Martinez will miss out following their decision to join up with the Argentina side during the international break, the pair having now flown to Croatia to continue training alone as opposed to quarantining in a UK hotel.

Chelsea had undergone an impressive transformation following the arrival of Thomas Tuchel, though slipped up on the road in the final game of last season.

Former Chelsea academy player Bertrand Traore would open the scoring two minutes before the interval with a well worked corner routine, evading the marking of everyone with a run from the back before firing in off the bar past Edouard Mendy.

Traore would be involved again as he was brought down in the box by a challenge from Jorginho, with Anwar El Ghazi stepping up to despatch the resulting penalty seven minutes after the break.

Ben Chilwell would pull one back with 20 minutes left to play, the left back’s effort creeping over the line despite Martinez’s best efforts to keep it out following a Christian Pulisic cross from the right.

The Blues had a number of chances throughout the game but were unable to get back on terms as they finished the game with 10 men, Cesar Azpilicueta shown a straight red for violent conduct in the closing minutes.

However, Leicester’s 4-2 defeat to Spurs meant that Brendan Rodgers side would once again go on to be denied a Champions League place on the final day for a second successive season, with Chelsea finishing fourth, before going to lift the European Cup in Porto a week later.

What TV channel is Chelsea v Aston Villa on?

For those in the UK and Ireland, this one is available to view and stream on Sky Sports Premier League.