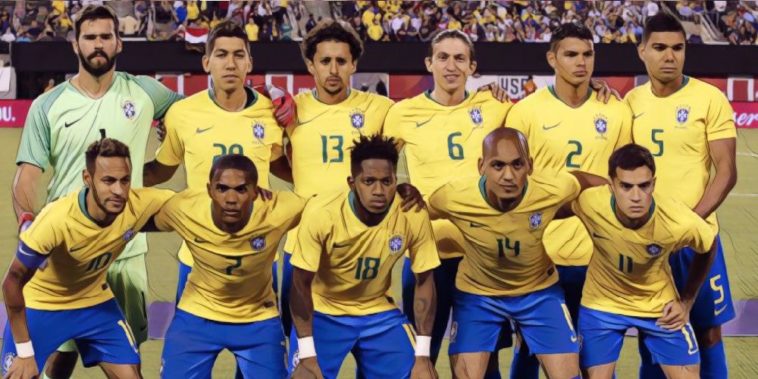 The Brazilian football authorities have triggered a FIFA ruling that will see five Premier League clubs punished after they refused to release their players for international duty this week.

Premier League clubs reluctantly but ‘unanimously’ refused to release players who were set to travel to countries on the Government ‘red list’, which covers large swathes of South America and Africa.

The decision was expected to prevent around 60 players from joining up with their national teams, with players arriving from red countries set to be forced into 10 days of hotel isolation upon their return.

Aston Villa’s Emiliano Martinez and Emi Buendia as well as Spurs duo Giovani Lo Celso and Christian Romero defied the ban to join up with the Argentina national side, only to fall foul of Brazilian health officials after they failed to declare that they had been in the UK, with their high profile World Cup qualifier being abandoned just minutes after kick off.

FIFA have launched disciplinary proceedings against both Argentine and Brazilian football associations in the wake of the debacle, and now the Brazilians have moved to see the Premier League clubs punished for failing to release selected players.

As per the BBC, Brazil have now ‘triggered a Fifa rule’ to ban eight Premier League players for five days between the 10th-14th September, meaning they will be prevented from appearing in this weekend’s round of matches.

Liverpool are set to be the most strongly hit with a trio of absentees for their game against Leeds, with Roberto Firmino, Fabinho, and Alisson all banned, while Marcelo Bielsa’s side will now be without the influential Raphinha. Meanwhile, Man City will be without goalkeeper Ederson and forward Gabriel Jesus.

Chelsea and Manchester United are also adversely affected, with Thiago Silva and Fred both set to miss the weekend matches as well as their Champions League group stage openers against Zenit St. Petersburg and Young Boys respectively.

However, Everton have been handed a reprieve over forward Richarlison, with the Brazilians having shown ‘leniency’ over the forward after the Toffees gave permission for the 24-year-old to feature in this summer’s triumphant Olympics campaign.