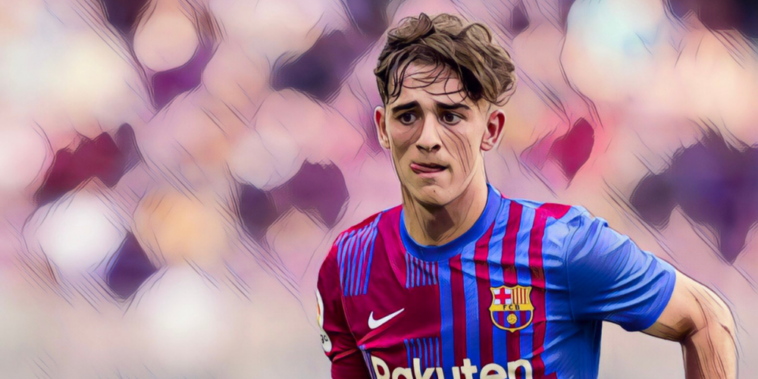 The 17-year-old only made his first-team debut at the end of August, yet has quickly become a regular fixture of the starting XI at the Nou Camp, his encouraging early form also leading to senior international involvement in recent weeks.

The midfielder was handed a surprise call-up by Spain boss Luis Enrique for the October internationals and has since featured four times for La Roja, notably starting and starring in the Nations League final defeat to France, while helping his nation secure qualification for the Qatar World Cup with victory over Sweden on Sunday.

Such a rapid rise has unsurprisingly sparked interest from across Europe, with European champions Chelsea believed to be readying a bid for the teenager, according to SPORT.

The west London side are reportedly keen to meet the youngster’s €50 million release clause to add him to their already stellar squad, albeit with his current side keen to quash any speculation by offering him a new contract.

The La Liga side are said to be ‘optimistic’ that a deal can be struck with the young starlet, president Joan Laporta seemingly keen to hand the Spaniard a new five-year deal that would include a mammoth €1 billion buy-out clause.

That figure would match the release clause included in the new contract’s of Gavi’s fellow youngsters Pedri and Ansu Fati, the trio looking set to be prominent for club and country in the years to come.

Having been handed his chance by Ronald Koeman, the midfielder will now be coached by a different face in the form of former club captain Xavi, the World Cup winner making his return to the club as manager after a trophy-laden spell as a player.