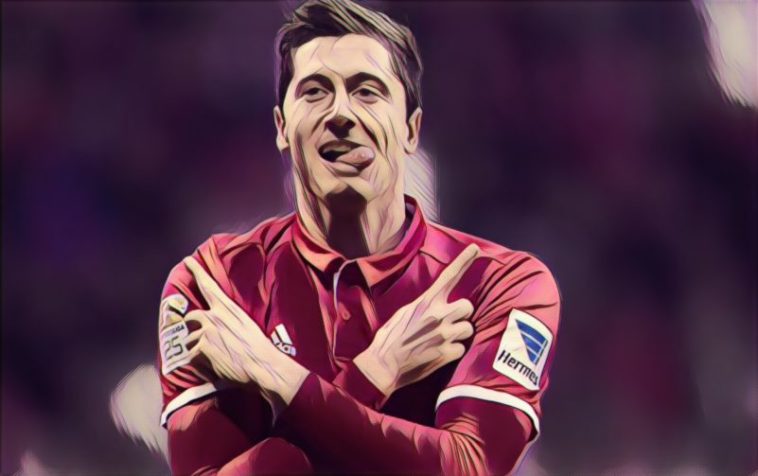 Chelsea have made Bayern Munich’s superstar striker Robert Lewandowski their number one transfer target after it was revealed that Gonzalo Higuain had agreed to join AC Milan from Juventus earlier today.

Argentina international Higuain had been heavily linked with a move to Stamford Bridge after previously enjoying a successful spell working under new Blues boss Maurizio Sarri at Napoli.

Sarri it seems has not been overly upset by his former strikers decision to stay in Serie A, and according to the Daily Star has instead turned his focus to prolific Bayern frontman Lewandowski.

The 29-year-old Polish international is considered one of the World’s best out-and-out number nines, and he has made no secret of wanting to experience something new, having won four successive Bundesliga titles at the Allianz Arena.

Lewandowski has scored a sensational 106 league goals in just 126 game for Bayern since joining them from Borussia Dortmund in 2014.

However, Chelsea will find it far from easy to sign the talented striker, with Real Madrid and Manchester United both credited with having a long-standing interest – not to mention the fact Bayern are adamant that they will not allow their star man to leave.