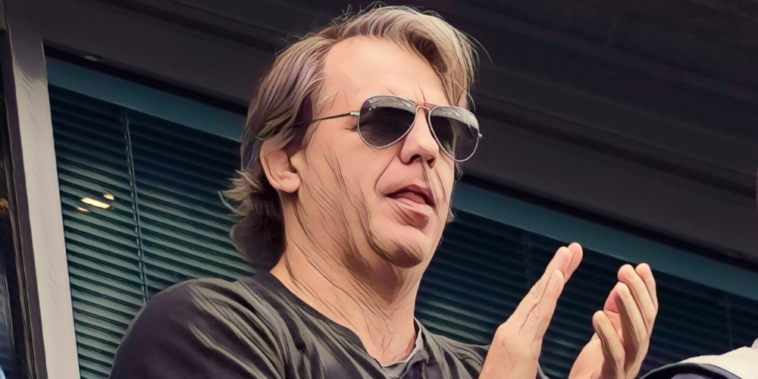 Todd Boehly’s takeover at Chelsea is on the verge of being approved after a ‘legal resolution’ was found.

Boehly – a co-owner of the LA Dodgers – and his American-based consortium have agreed terms on a £4.25billion takeover of the West Londoners that will bring an end to Roman Abramovich’s 19-year reign at Stamford Bridge.

Concerns emerged this week over the deal with the Government having failed to receive assurances from Abramovich over the destination of the proceeds.

The deal hit a potential stumbling block over a £1.6billion figure owed by Fordstam Ltd, Chelsea’s parent company, to Camberley International Investments, a company with alleged ties to Abramovich.

However, the Mail are reporting that the takeover is set to receive the green light from the Premier League this week after former Unicef chief executive, Mike Penrose, wrote to the Government promising that Roman Abramovich – under sanctions since Russia’s invasion of Ukraine – cannot benefit from the sale of Chelsea.

Penrose has been tasked by Abramovich with launching the £2.5bn foundation to bring aid to victims of the war in Ukraine, though the government want the proceeds from the sale held until checks are completed.