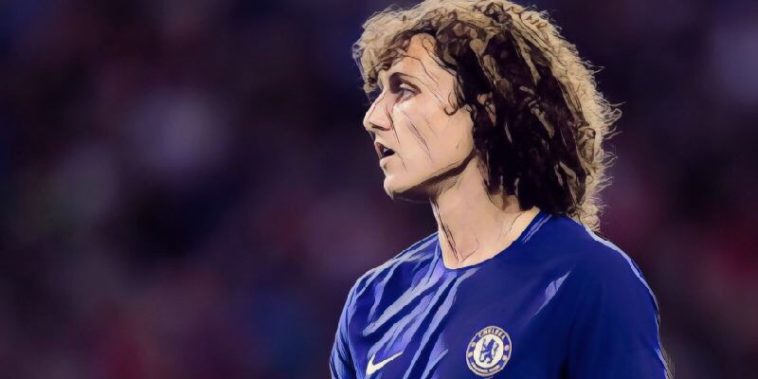 Chelsea are ready to cash in on David Luiz for the second time in three-and-a-half years according to reports today, with a number of European clubs eyeing up a move.

The Brazilian moved to Chelsea back in 2010 for €25m, where he spent four seasons at the club. During that time, Luiz made 143 appearances, scoring 12 goals for Blues.

In 2014, Luiz became the worlds most expensive defender when he made a shock £50m move to PSG. The move raised plenty of eyebrows, especially given the amount of debate given to his ability to defend, and what his best position was.

Two years later, he was on the move again, returning to Chelsea in a £35m move, helping Antonio Conte to win the title in his first season in the Premier League. The defender was a key figure at the heart of Conte’s three man defence, making 33 appearances in the league.

However, just over six months on from lifting the Premier League trophy, Luiz could be on the move again after falling out with the Chelsea boss. The defender has not featured for the Blues since reportedly falling out with Conte following the 3-0 Champions League defeat to Roma in October.

According to the Daily Mirror, Juventus are leading the race to sign the 30-year-old defender, while the Daily Mail claim that Real Madrid are also interested.