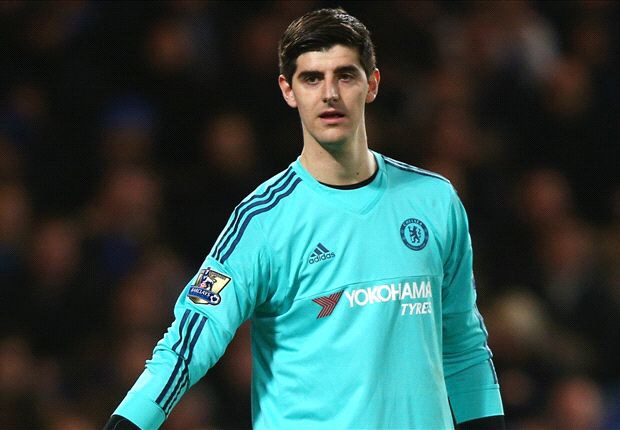 Chelsea goalkeeper Thibaut Courtois has admitted he is happy at the club and wants to sign a new deal, despite being linked with a move to Real Madrid.

Courtois is just one of a number of goalkeepers who have been linked with a big money move to the La Liga champions and Champions League finalists.

The Belgian has been been an integral part to Chelsea’s road to the Premier League title, in a season where the London club won 30 out of their 38 League games.

Real Madrid are believed to wanting to bring a big name goalkeeper to the Bernabeu, with Courtois and Manchester United goalkeeper David de Gea both having linked.

However Courtois has admitted that he is happy at Stamford Bridge, and would sign a new deal with the club should he be offered one:

“Contract talks haven’t opened but I am happy at Chelsea,

“I hope they reward me with a good contract, then there will be no doubt I will sign it.”

Courtois moved to Chelsea back in 2011, but spent three seasons on loan with Real Madrid’s city rivals Atletico Madrid before taking the number one spot from Petr Cech at Chelsea in 2014. He has since made 107 appearances for the Blues.