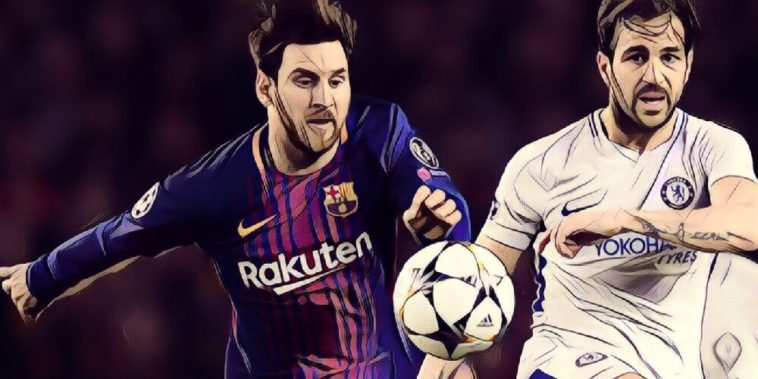 Chelsea midfielder Cesc Fabregas has recalled that Lionel Messi used to embarrass him during his time playing with the Argentine.

Fabregas came through the ranks at Barcelona, where Messi was in the same age group as the Spaniard. Despite Fabregas being one of the most talented in the group, nobody could come close to matching the quality of Messi.

Speaking to Argentine television network TyC, Fabregas recalls how how Messi used to embarrass him in training:

“I had to defend against him and you know he’s going to the left, and he does, but he still makes me fall to the floor!

“It was on a one-versus-one exercise with a goalkeeper where one player has to run from the goal to defend while the other attacks.

“I was confident and thought it impossible that this small boy does something; it will not be anything…

“He was a very shy boy, very, very small, skinny and we tried to give him a ball so he would open up and feel comfortable with us.”But after my experience going against Messi I changed partners. I did not want to be embarrassed again.”

Fabregas left Barcelona for Arsenal in 2003 before rejoining them eight years later. He enjoyed three years playing along Messi in La Liga before returning to the Premier League to join Chelsea.