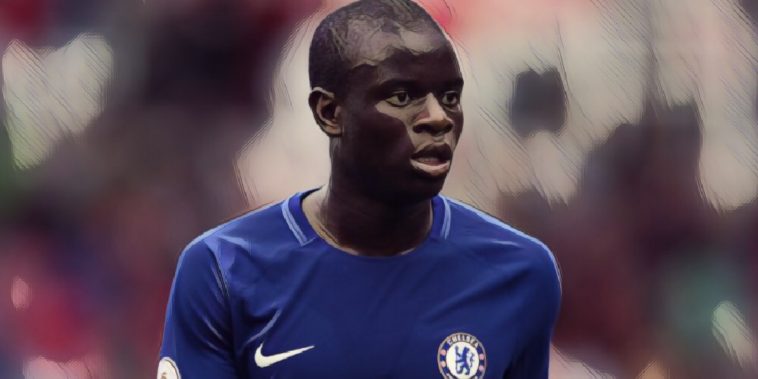 Maurizio Sarri has said he is very happy that N’Golo Kante has signed a new deal with the club, but has challenged the midfield dynamo to score more goals.

Chelsea confirmed on Friday that the diminutive Frenchman has penned a new five-year deal to keep him at Stamford bridge until 2023, where he will earn around £300,000-a-week to make him the clubs highest earner.

The 27-year-old joined the Blues in 2016 having just helped Leicester City to their legendary Premier League title win, and made it two from two in his first season in West London, steering Chelsea to the title as well.

Kante followed that up with an FA Cup in his second season, as well as helping France to win the World Cup, but despite making a name for himself as the best defensive midfielder in the world, Maurizio Sarri made the surprise decision to move him into a more advanced role in order to make way for new summer arrival, Jorginho.

Sarri has challenged Kante to add goals to his game, having found the net just five times during his time in England.

“N’Golo, for us, is not just an important player,” Sarri told his Friday press conference.

“He’s very important for us in the defensive phase, but he is improving in the offensive movements. Now he has to improve in the last 20, 25 metres. He can score more.”