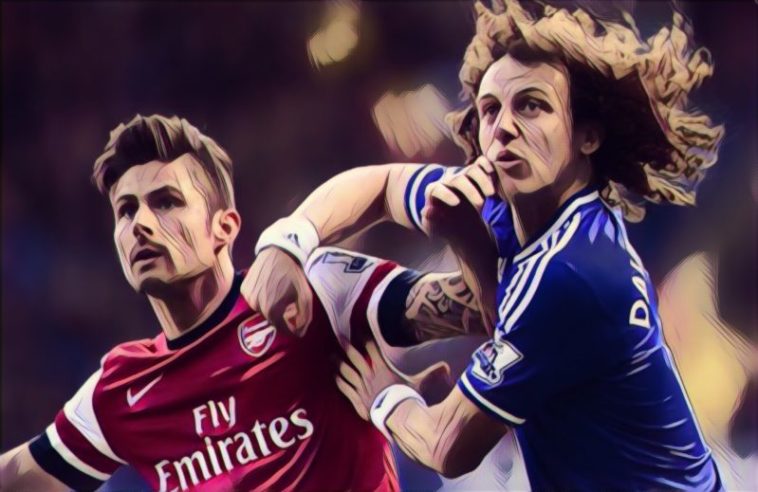 Chelsea are prepared to offer David Luiz to Arsenal as part of a sensational swap deal with Olivier Giroud.

Despite the Brazil international playing a key role in the Stamford Bridge club’s Premier League title triumph last season, he has since fallen out with the club’s manager Antonio Conte.

Since the 30-year-old’s bust up with The Blues Italian coach a few months back, Luis has barely featured except in cup competitions, although the official line has been that he is injured.

However, according to reports in the Daily Star, Chelsea are now prepared to offload the talented centre-back in order to secure the services Gunners striker Giroud.

The France international has already turned down a move to Borussia Dortmund, as part of the deal that will see Pierre-Emerick Aubamayeng move to the Emirates, and the 31-year-old is said to favour a move to Chelsea, so he and his family can continue to live in London.

As we reported yesterday Gunners boss Arsene Wenger was resistant to sanctioning Giroud’s sale to a top-six rival. Although with Chelsea now offering him the chance to strengthen his defence with a world-class talent like Luiz, he may well be forced to reconsider.