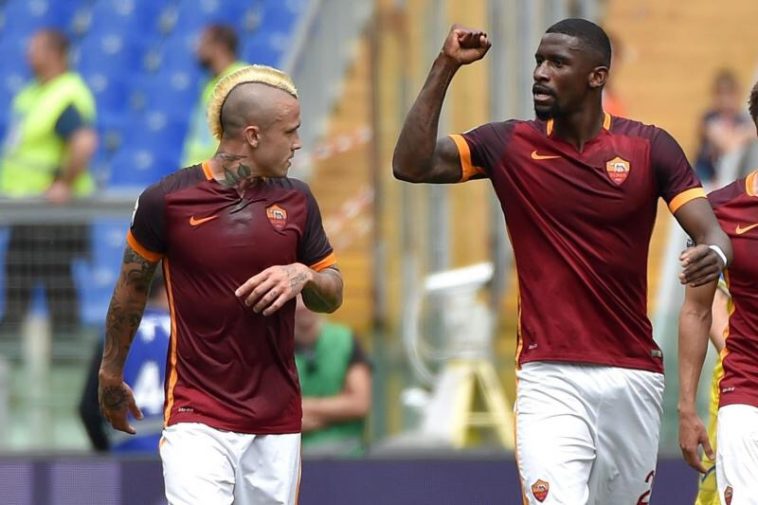 By this time next week, Chelsea could have already been crowned Premier League champions, but the table toppers are already preparing for next season.

The Blues are apparently plotting a £70million double summer swoop according to a report in The Sun.

The article claims that Antonio Conte will reignite his interest in Roma duo Radja Nainggolan and Antonio Rudiger.

Belgian midfielder Nainggolan was apparently close to a move to Chelsea last summer, before the Blues failed to meet Romas £32million asking price, instead choosing to spend a similar amount on N’Golo Kante from Leicester.

A move back on?

”Yes, I spoke to him (Conte), they were really interested and wanted me over there.

“A lot of my team-mates play in England, it’s the best league in the world, when the window opens, we will talks about it again.”

Nainggolan is reluctant to sign a new contract with the Serie A club after becomjng frustrated at not challenging Juventus for the Serie A title once again.

He could be joined at Stamford Bridge by his current Roma team mate Antonio Rudiger. The Germany international was also linked with a move to the Premier League last summer but a move fell through due to an injury to he player.

Antonio Conte will rekindle his interest in the defender after apparently missing out on Napoli defender Kalidou Koulibaly.

The article claims that Conte will test Roma’s resolve with a joint £70million bid for the pair.

Is Nainggolan and Rudiger what Chelsea need? Who else should Chelsea target this summer. Leave us a comment below.