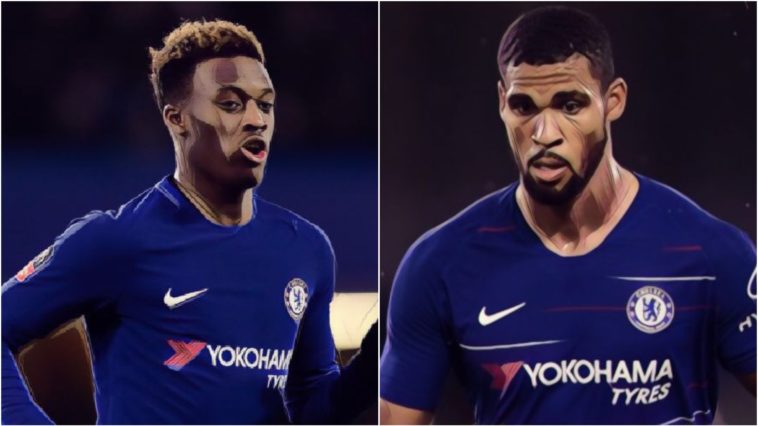 On Wednesday afternoon it was confirmed that Chelsea had failed in their appeal to overturn a transfer ban handed down to them by Fifa and will not be able to sign players for the next two transfer windows.

The club were slapped with an embargo following an investigation into their signing of foreign players who were under the age of 18, although they have said they will now appeal the decision to the Court of Arbitration for Sport (CAS).

Failing that, Chelsea are in a sticky situation. Eden Hazard looks to be on his way out to Real Madrid in the summer, meaning they won’t be able to replace their star player, while the average age of the squad, at 27.3 years old, shows that the team is in need of fresh blood.

Players like Pedro, Willian and David Luiz are still integral to the team, but they are getting on and will need replacing sooner rather than later. Christian Pulisic will arrive after signing in January, but is that enough for the Blues in order to keep competing at the top level of the Premier League?

Back in February I argued that this punishment would feel like a double knockout blow for Chelsea. For years they have blown millions on mediocre players and burned through managers like there is no tomorrow, meaning there is very often little continuity from one year to the next. There is a chance this ban could have a detrimental effect on the club’s future, if they don’t manage it correctly.

Attaining Champions League football for next year alleviates some of the financial pressure on the club, but Fifa’s decision not to delay the embargo while the appeal was ongoing means that they can’t even take advantage of that fact for now.

That means Chelsea will have no choice but to take a chance on some of their younger players, especially if there are any injuries to their starters. For them this could be a golden opportunity —emphasis on the word ‘could’ — but it could also be good news for some of the more established squad members who may otherwise have been let go this year.

Five Chelsea players who will benefit the most from Fifa’s transfer ban:

The young striker has been a member of the Chelsea loan army for three seasons now, spending time at Bristol City, Swansea City and Aston Villa. He had an exceptional breakout season at the Robins, scoring 23 league goals, a tally he has bettered this campaign.

The Londoner’s only extended period of game time in the Premier League did see him score just the five goals for the Swans, which is somewhat concerning, but the fact that he bounced back with a quarter century of goals for the Villains, helping them reach the playoffs in the process this season shows he has the quality to hurt opposition defences.

At 21 years of age, Abraham is no longer a bright young prospect, but a player capable of staking a claim in a top-flight side.

Listen: Our interview with Chris Waddle

The 18-year-old ended the season on a sour note after he ruptured his Achilles tendon in April. But he has had a relatively good season for the Blues, even if he hasn’t been given too many league starts by Maurizio Sarri.

Appearing in just ten Premier League fixtures this year, the teenage winger has shone most brightly in the Europa League, where he has scored four times in nine appearances. The player who has done more than most to help the team go far in the competition will miss out on a potential final appearance.

The English international has been heavily linked with a move to Bayern Munich, although his injury may have put paid to that. Assuming he stays at the club, is still the same player after his recovery (never a foregone conclusion) and Hazard leaves, then he will surely be given more responsibility in the first team.

The Spaniard’s form has hit a crater this year and he is not the same player he was a few seasons ago when Chelsea won the title under Antonio Conte. While he is still a danger going forward, he is a liability at the back, which is why Sarri has started Emerson at left-back more regularly.

It would not have been exactly shocking if Alonso was shown the door this summer, but that prospect appears highly unlikely now. At 28 years of age he is hardly an old fogey, but has seemingly already entered his declining years. Luckily there will still be a place in the squad for him.

Ruben Loftus-Cheek is only 23, but it feels like he has been around forever without actually getting much of a chance in Chelsea’s midfield. This has been by far his best season in blue, providing six goals and two assists in 23 league appearances. He’s also scored three times in the Europa League.

Mateo Kovacic’s loan deal will now not be made permanent, while there are rumblings that N’Golo Kante could move to Real Madrid, meaning the Englishman would almost certainly be a guaranteed starter in either central midfield or further up the pitch next season. Regardless of whether or not his French teammate leaves Stamford Bridge he will still become an important member of the team in the near future.

The 32-year-old Frenchman has completed a full 90 minutes in the Premier League just once since Gonzalo Higuain’s arrival in SW6 in January, and has only nabbed two goals all season. Although he has scored an outrageous 10 times in 12 Europa League games for the Blues, he doesn’t seem to be favoured by Sarri.

Does that change now that Chelsea cannot sign Higuain permanently? In April Giroud said he wanted a “more important role” in the team or else he would be off in the summer. His contract runs out then, but he could win himself a new one with the club needing to keep all the talent they have right now.