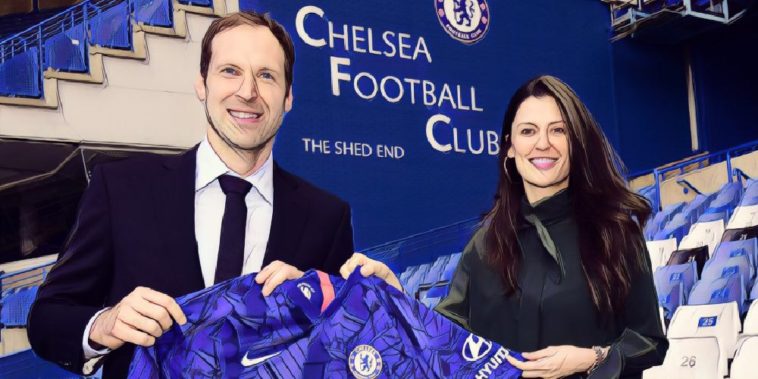 Chelsea have confirmed Petr Cech’s return to the club after appointing the former goalkeeper as their ‘Technical and performance advisor’.

Cech announced his retirement this summer after a glittering career including trophy-laden spells at both Chelsea and Arsenal and has ensured a swift return to football by taking up a new role at Stamford Bridge.

The 37-year-old joined Chelsea from French club Rennes in 2004, winning four Premier League titles and the Champions League amongst 13 major honours before leaving for London rivals Arsenal in 2015.

At Arsenal, he won a further FA Cup in 2017 before retiring following the club’s Europa League final defeat last season, ironically, against Chelsea.

Speaking about the appointment on the official Chelsea website, Blues director Marina Granovskaia said: “We are delighted to welcome Petr back home to Chelsea. During his playing career here he was one of the most dedicated, successful and thoughtful professionals we have ever had.

“We always hoped that when Petr was ready to retire we would see him back at Chelsea FC and we are thrilled to add his expertise and knowledge of the game to the technical staff.”

Chelsea say Cech’s new role will be an advisory position on ‘all football and performance matters’ whilst the former Czech Republic international will also help to ‘facilitate strong links’ between the club’s academy and first-team.

Chelsea will next look to appoint a new manager following Maurizio Sarri’s decision to leave for Juventus. Another former Stamford Bridge favourite, Derby County manager Frank Lampard, is expected to be announced as his replacement.

I’m looking forward to the new challenge and hope I can use all of my football knowledge and experience to help the team achieve even more success in the future.