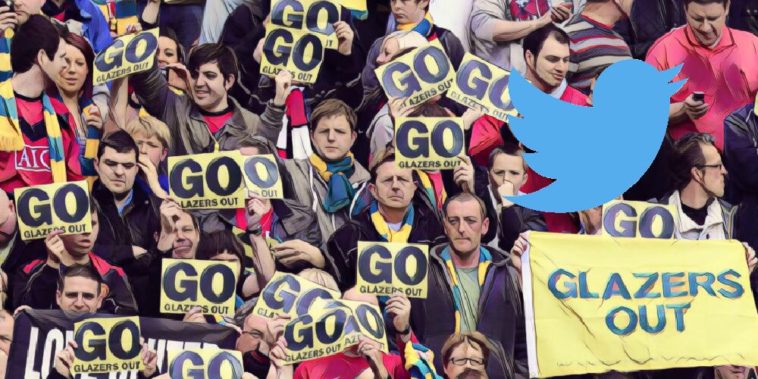 Manchester United fans haven’t had it easy of late, and in the last 24 hours, it seems like their army of worldwide fans have had enough!

The club have had plenty of struggles on the field, but there have also been plenty of issues off of it too, with Gary Neville famously going on an epic rant in which he described the club as ‘rotten to the core‘, as well as consistently aiming thinly veiled attacks on executive vice-chairman Ed Woodward.

The former investment banker has come in for plenty of flak in his six years in charge at Old Trafford, consistently failing to deliver transfer targets, as well as seemingly flip-flopping from one idea to another, such as the type of managers that he has hired.

Gary Neville absolutely bashes the board in a passionate, caring rant on reports coming out that Jose Mourinho is on the brink.(1) #mufc pic.twitter.com/SgUAhBX9WD

Reports emerged last year that he wanted to appoint a Director of Football, yet months later, nobody has taken the role, with Rio Ferdinand revealing that the exact role hasn’t even been fully defined, with Woodward seemingly reluctant to give up power.

Then, with the club handing new contracts to the likes of Chris Smalling, Phil Jones, Ashley Young and now Juan Mata, the United faithful have seemingly had enough, and have taken to Twitter to resurrect a campaign against their owners, the Glazer family.

At 20:05 on Wednesday – to correspond with the Glazers 2005 takeover on the same date – there was a coordinated campaign to get #GlazersOut trending on twitter, and the response was nothing short of incredible, with the hashtag trending worldwide.

Here’s just a very small selection of the 100,000+ #GlazersOut tweets…

…without actually putting in a penny of their own money…

And the fans have had enough…

Enough is Enough – Manchester Utd is a football club not a cash cow to be Milked #GlazersOut pic.twitter.com/4s5P4gQEdN

And they got #GlazersOut trending worldwide…

Does English football need to adopt the same model as Germany, where every club is majority owned by the fans?

English football needs to adopt Germany's 50+1 rule. There supporters own the majority of equity in their clubs & have a final say with voting rights.

See how Twitter reacted to the news of Juan Mata’s new deal.