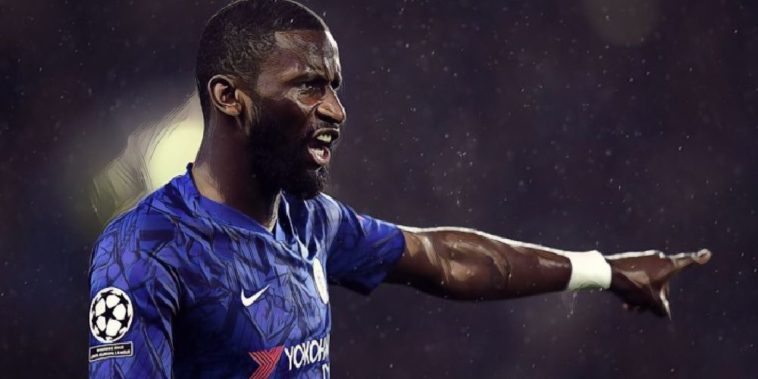 Antonio Rudiger has vowed to help the development of Chelsea’s young talent after making his long-awaited return from injury in the club’s Champions League win over Lille.

Chelsea secured their qualification to the knock-out stages with victory over the Ligue 1 side on Tuesday night, with the return to fitness of Rudiger from a pelvis injury providing a major boost for Frank Lampard‘s side.

The Germany international has suffered a frustrating period with injury over the opening months of the campaign, recovering from a serious knee injury suffered last season only to slip in a clash at Wolves and sustain a new problem.

Despite being just 26, Rudiger is quite the elder statesman in a Blues’ backline which has seen the likes of Reece James and Fikayo Tomori make their impact this season.

The defender now says he is ready to step up and become a leader for the club, offering guidance to his less experienced teammates as they look to bring success to Stamford Bridge this season.

“I see myself as helping them like always, like I did in the other years in the team when I played with David Luiz or Gary Cahill,” Rudiger told chelseafc.com.

“I’m loud on the pitch and especially with the younger guys we need to always help them. There will be a period where the performances will go down and that’s normal because we are all human but that is the time for me, as the most experienced at the back, to help those young guys.”

Chelsea return to Premier League action when they host Bournemouth this weekend, the club currently sitting fourth in the division despite a run of three defeats in their past four league fixtures.