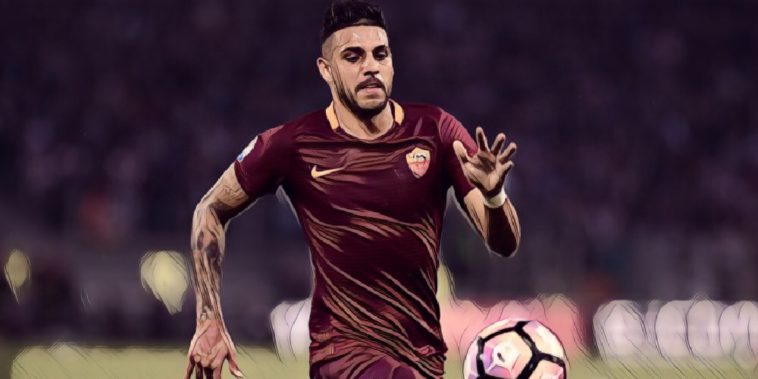 Chelsea search to sign a new left back continues with reports that the club have made a move regarding Roma’s Emerson Palmieri.

The Blues have been linked with a number of full backs in the last six months, with the likes of Juventus’ Alex Sandro most heavily linked in the summer. However, Antonio Conte was left frustrated after the board failed to land a number of his targets, and having to settle for the deadline day swinging of the relatively unknown Davide Zappacosta from Torino.

However, according to the Daily Mail, Chelsea have now made enquiries regarding the availability of the defender ahead of a potential January transfer.

Palmieri has only made two appearances for Roma this season, having only just returning from a serious knee injury which he picked up in April.

The 23-year-old has been replaced as the clubs first choice left back by former Man City defender, Aleksandar Kolarov, who moved to the Italian capital in the summer.

Its not the first time that a Premier League side have been linked with the Italian, with Liverpool also having been linked in the last few months.