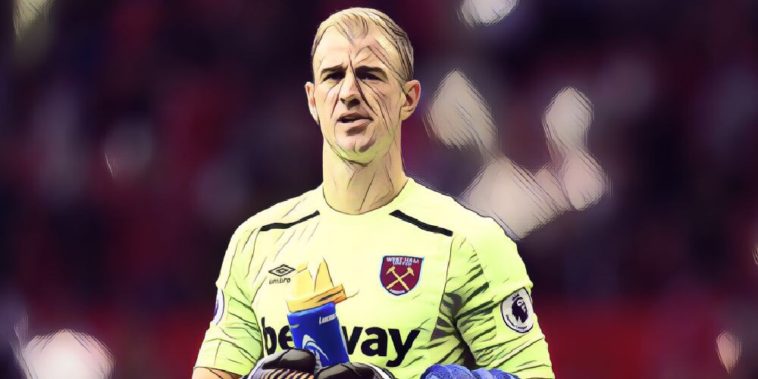 Joe Hart is being linked with a shock move to Chelsea as a potential replacement for Thibaut Courtois.

The Manchester City goalkeeper has endured a torrid couple of seasons, which has seen him relegated to a third-choice, unwanted member of Pep Guardiola’s squad and even further down Gareth Southgate’s pecking order for England.

Following Guardiola’s arrival in the Premier League in 2016, Hart was immediately pushed out of the Etihad exit door, heading off to Serie A club Torino on a season-long loan, and being replaced by former Barcelona ‘keeper Claudio Bravo.

Despite Bravo’s struggles between the sticks in the 2016/17 season, Hart was still an unwanted player and was once again sent out on loan, joining West Ham United for the duration of last season, while Man City splashed out a then world record fee to bring in Brazilian stopper, Ederson Moraes from Benfica.

Hart’s loan spell at the London Stadium didn’t go to plan though and was even dropped by former Everton boss David Moyes, before missing out completely on Gareth Southgate’s England squad for this summer’s World Cup.

However, in some fairly surprising reports in the Sun today, Hart is apparently being lined up by Chelsea as a potential replacement for Thibaut Courtois, who suggest that the London club is considering making a £5 million.

Courtois has been linked with a £31 million move to Real Madrid this summer, with the Belgian having impressed at the World Cup and having made no secret of his desire to be closer to his children, who still live in the Spanish capital.

Despite his impressive CV, a move for Hart from the Blues would be a shock considering the 31-year-old’s recent fall from grace. They have also been linked with Leicester’s Kasper Schmeichel and Arsenal’s Petr Cech.