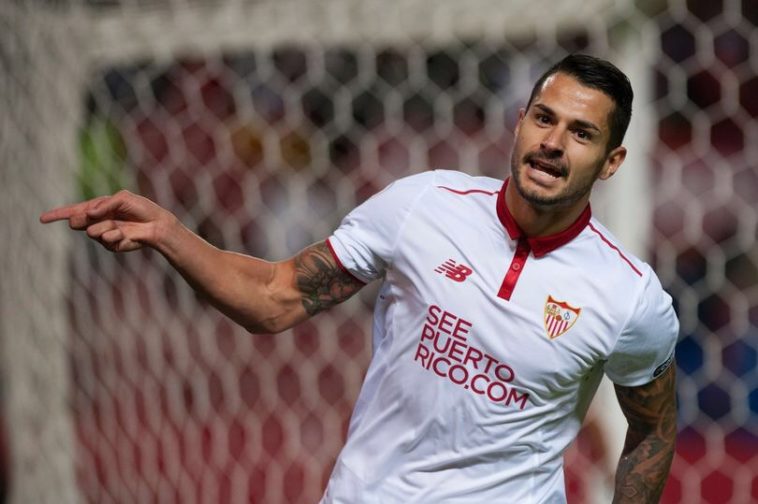 Chelsea have been linked with a move for Sevilla winger, Vitolo.

According to a report in the Daily Mirror, Antonio Conte is a big admirer of the 27-year-old who can play in a variety of positions. Mainly played on the left wing, but also able to play on the right and as a striker, the versatile forward would lighten the load on the likes of Eden Hazard and Pedro who played the majority of games last season.

The Blues were blessed with a much more relaxed fixture list due to the failings in the previous season, which left them without the rigours of European football. However their title winning campaign last season, Antonio Conte wants to add more strength and depth to his squad.

He is already close to spending £100m on Juventus’ Alex Sandro and Monaco’s Tiemoue Bakayoko, and is planning to add Vitolo to his ranks.

The Spaniard has been an integral part of Sevilla’s success in recent seasons, being involved in all three of the clubs Europa League successes in the last four years.

He has a £35m release clause in his contract, meaning that he is easily attainable should the Premier League champions decide to make their interest official. Atletico Madrid are also interested in signing the Spain international, but their transfer ban prevents them from registering new players until January, which could hand Chelsea the advantage this summer.