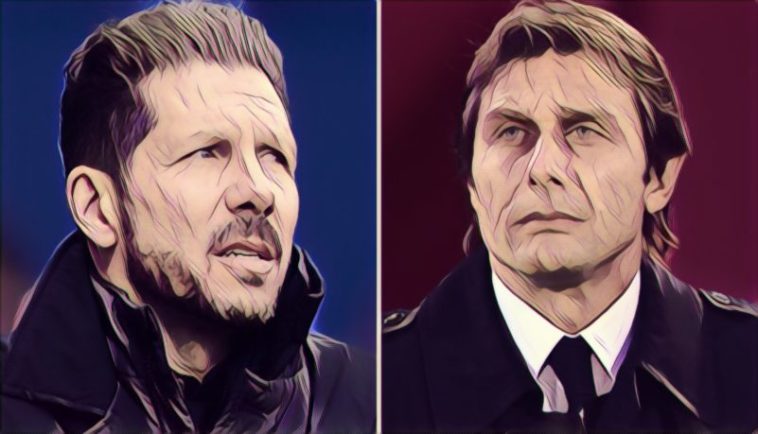 Chelsea manager Antonio Conte’s future continues to be the subject of intense speculation with reports in The Sun today suggesting that Atletico Madrid boss Diego Simeone has been lined up as his replacement at Stamford Bridge.

The Italian coach won the Premier League title in his first season in England, but his relationship has become strained with the London clubs hierarchy over a failure to secure his first-choice transfer targets.

Earlier this week Conte voices his frustrations about Chelsea’s inability to sign top class players to strengthen his squad and many expect him to depart in the summer.

Atletico manager Diego Simeone is also expected to seek pastures new this summer after a successful 6 year stint in Madrid.

The former Argentina international guided his side to the La Liga title in 2013/2014 and finished runners up in the Champions League twice losing out to City rivals Real on both occasions.

With Atletico having moved into their new stadium and their squad looking like it is about to break up, it seems that Simeone and the club’s bosses believe this summer could be the ideal time for a amicable parting of ways.

The 47-year-old has been heavily linked to Chelsea in the past although his inability to speak English may well prove to be a major stumbling block to any potential deal.