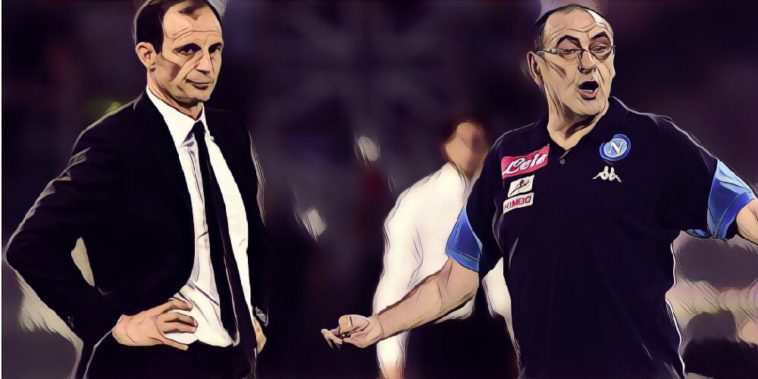 Chelsea are lining up potential replacements for Antonio Conte should the Italian decide to leave.

The Italian was evasive yesterday in his pre match press conference, once again suggesting that he may not be in charge at Stamford Bridge next season.

It is not the first time the Conte has made suggestions that he wants to leave Chelsea, making no secret of his dissatisfaction at the club’s efforts in the summer transfer window.

The club are preparing for the worst case by already looking for potential replacements, and according to the London Evening Standard, they have identified Juventus Manager Masimilliano Allegri and Napoli boss Maurizio Sarri as their prime targets.

Allegri has led Juventus to three consecutive Serie A titles as well as two Champions League finals in the last three years, although he has sadly finished up on the losing side on both occasions. Sarri meanwhile has taken Serie A by storm this season, putting up a serious title fight against Juventus.

Conte won the Premier League title in his first season in England, but bemoaned the club’s spending in the summer after missing out on Romelu Lukaku, Alex Sandro, Alex Oxlade-Chamberlain and Virgil van Dijk.

The former Italy boss has been linked with a move Paris Saint Germain, Real Madrid and AC Milan in recent months.