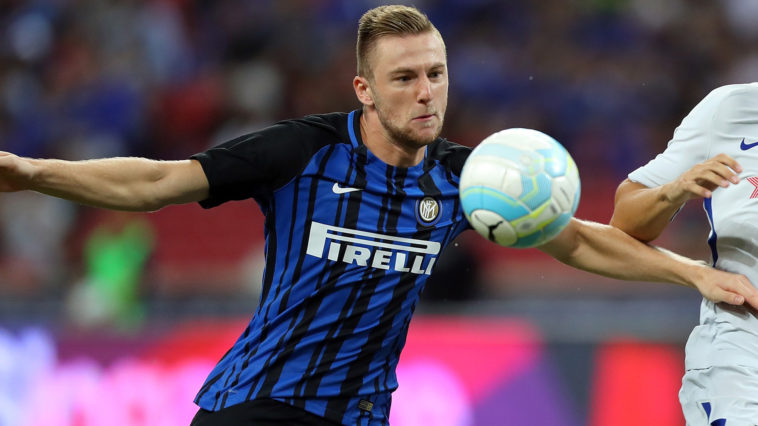 Chelsea are keeping an eye on highly rated Inter Milan defender, the appropriately named, Milan Skriniar.The West London club are the latest club to show their interest in the 22-year-old with Barcelona and Atletico Madrid also rumoured to be interested.

He is strong, comfortable on the ball, and has an eye to pick a pass. He is also a good reader of the game and able to chip in with the occasional goal at the other end, making Skriniar the definition of the modern day centre back.

Now, according to FCInterNews.it, Antonio Conte is sending scouts to the San Siro this weekend to watch the Slovakian in action during Inter’s game against Atalanta. They also claim that they will keep tabs on his Nerrazzuri team mate Antonio Candreva, a player with who they were linked in the summer.

However, luring the defender to Stamford Bridge could be a difficult challenge for Antonio Conte’s side. Skriniar only moved to the Milan club this summer, making a €23m move from fellow Serie A club Sampdoria. Speaking about recent speculation linking him with Barcelona, he said:

“I am very happy with my season so far and must continue like this.”