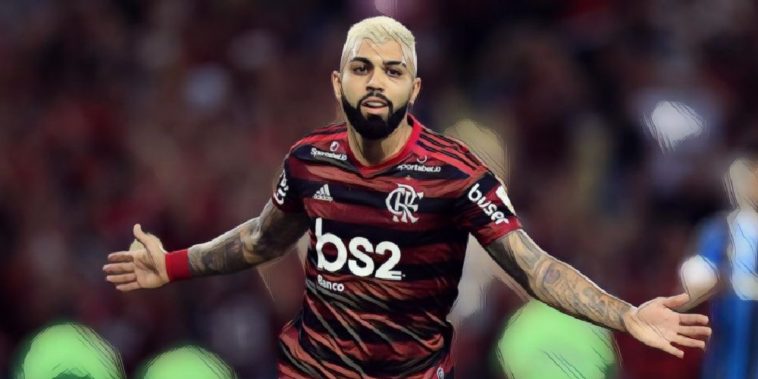 Chelsea are said to have made Gabriel Barbosa a ‘priority’ target during the January transfer window as the club seek additional firepower to ease the pressure on Tammy Abraham.

Chelsea are set to be active during the winter window with Frank Lampard keen to bolster his attacking options, with the club now preparing a move for Inter Milan forward Barbosa following the 23-year-old’s prolific loan spell in Brazil with Flamengo.

The Brazilian international moved to the San Siro from Santos in 2016 but struggled to adapt to the demands of European football, though has reignited his career with a stunning spell in his homeland with the Copa Libertadores winners.

Barbosa has now returned to Inter following his temporary spell, the forward having hit 43 goals in all competitions for Flamengo including two late goals against River Plate to seal victory in South America’s version of the Champions League Final in dramatic fashion last November.

According to the Express, Chelsea will now make a move to bring him to the Premier League, with Inter prepared to cash in whilst his stock is high. Antonio Conte’s side have expressed an interest in wantaway Blues forward Olivier Giroud, and a part-exchange deal involving the veteran could prove a viable option.

Lampard is believed to have a budget of around £150m to spend this winter following the lifting of the club’s transfer ban, with a series of forward options including the likes of Timo Werner, Jadon Sancho and Wilfried Zaha all having been linked with moves to Stamford Bridge.

According to the report, Barbosa is now a leading contender to end the club’s striker search, the club keen to ease the burden on top scorer Abraham, who – despite netting 15 goals so far this season – is still just 22-years-old and enjoying his debut season in the first-team at the club.

Chelsea currently sit fourth in the Premier League and are keen to strengthen to consolidate their position in the Champions League places, Lampard seeking new additions to bolster his side who have wobbled of late with just three wins in their past nine league fixtures.

Barbosa has previously been linked to the likes of West Ham, Everton and Newcastle.