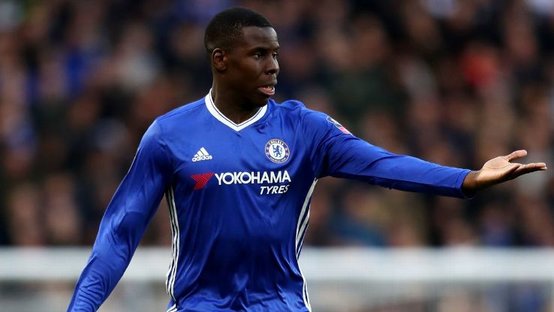 Stoke City are close to completing the signing of Chelsea defender Kurt Zouma on a season long loan.

The defender has been pictured at the Stoke City training ground ahead of having a medical with the Midlands club with a deal expected to be announced imminently.

It is thought that the 22-year-old will sign a new long term contract extension at Stamford Bridge, before allowed to leave the club on loan for the season to gain some much needed experience and fitness

The defender spent nine months in the sidelines after suffering a horrendous knee injury in the latter part of the 2015/16 campaign, and has played little football since under new Chelsea boss Antonio Conte.

However, the Frenchman is still thought to be part of the Italian’s long term plans at the club, and he hopes that year of consistent Premier League football can only benefit the current Chamions in the long run.

Stoke City have been left disappointed by one centre back this summer already, as last season’s loanee Bruno Martins Indi looks set to join Crystal Palace. They have also been quoted £30m by Liverpool to sign Mamadou Sakho, who impressed on loan at Selhurst Park last year, forcing them to turn their attentions to Zouma.

Zouma is a multifunctional player, capable of playing a centre back, right back, and central midfield.

Here is Zouma pictured at the Stoke training ground in club kit.