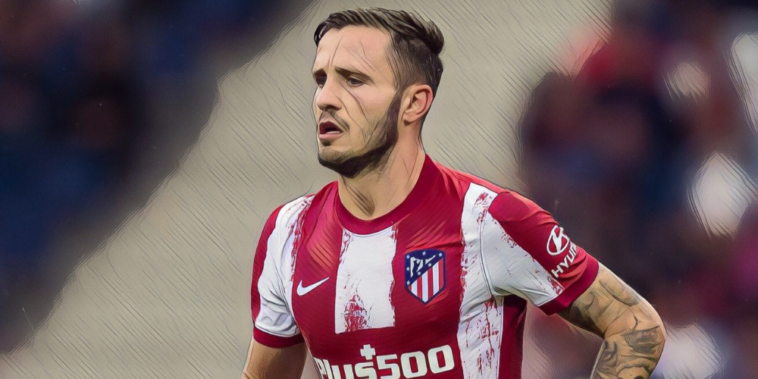 Chelsea look set to finally land Atletico Madrid midfielder Saul Niguez, with the Spanish club seemingly having backed down over their recent stance.

The Spain international has been linked with an exit from the Wanda Metropolitano stadium for the majority of the summer, initially having been offered to Barcelona as part of a swap deal involving Antoine Griezmann.

Such a deal never came to fruition, and the 26-year-old has more recently been linked with the likes of Chelsea and Manchester United, with both said to have held talks with the Spanish champions in recent weeks.

Reports in recent days have suggested that Atletico would only be willing to do business on a permanent deal, with The Athletic reporting this morning that any deal was looking ‘very unlikely’.

However, Atletico seem to have backed down in that particular stance, with Sky Sports reporting that the Blues have now come to an agreement over an initial season-long loan deal with an option to buy.

It is claimed that they will pay an initial €4 million (£3.4m) as a loan fee, and have the option to make it permanent for a €35m (£30m), with the two sides having reached a ‘total agreement’ for the transfer.

The midfielder is said to be ‘keen’ on the move to the Premier League, though will not fly to England before Tuesday’s 11pm deadline.

Chelsea have also shown interest in Sevilla’s Jules Kounde this summer, though the Spanish side are standing firm in their valuation on the France international defender.

As for Antoine Griezmann, rumours have surfaced that a potential return to Atletico Madrid could be back on the cards before this evening’s deadline.