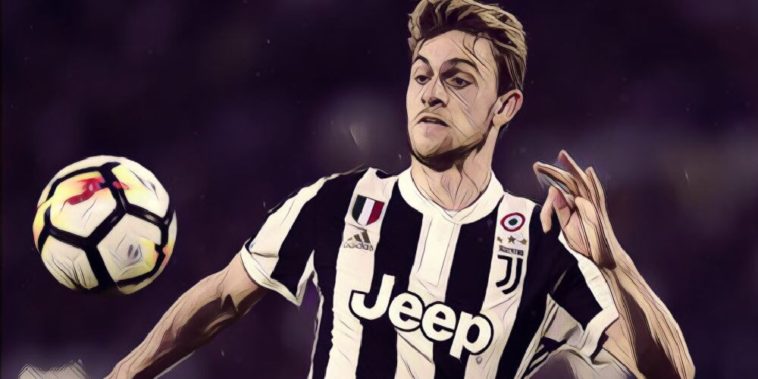 Chelsea are closing in on signing Juventus defender Daniele Rugani for £44.2million, according to reports.

It has been a painfully slow summer for Chelsea, with Blues fans having being patiently waiting for news on the future of Antonio Conte, who had been expected to be sacked at the conclusion of last season.

However the 2016/17 Premier League Champions took much longer than expected, and only fired the Italian last week, before quickly replacing him with his compatriot Maurizio Sarri. That change prompted a flurry of transfer activity, with Napoli midfielder Jorginho quickly following Sarri through the door at Stamford Bridge.

Tuesday then saw an abundance of rumours regarding the Stamford Bridge club, with speculation surrounding the futures of Thibaut Courtois and Eden Hazard, with Real Madrid heavily linked with the Belgian duo.

While the main focus on who might be heading out of the West London club’s exit door, the London Evening Standard claim that new Chelsea boss Sarri is plotting a second raid on Serie A, with a £44 million deal for Juventus centre back Daniele Rugani thought to be close.

If Rugani does indeed move, that could signal the end of Gary Cahill’s Chelsea career, with the Englishman falling down the pecking order over the last 12 months under Conte.

Chelsea have also been linked with a move for CSKA Midfielder Aleksandr Golovin.