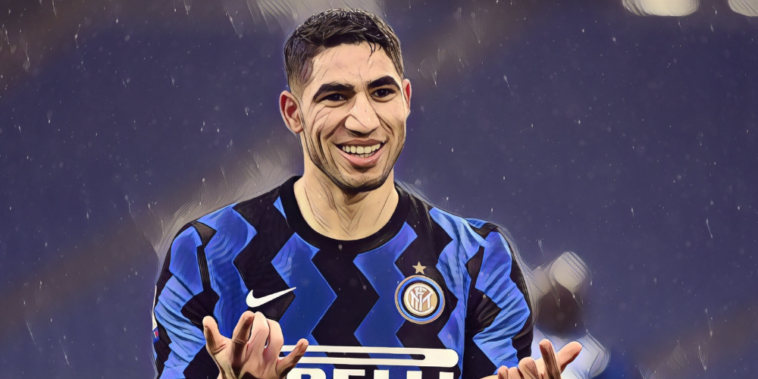 Chelsea have reportedly joined Arsenal and Paris Saint-Germain in the race to sign Achraf Hakimi from Inter Milan.

Hakimi is currently being courted by several leading clubs across Europe following the news that Inter need to raise significant funds this summer, the wing-back having starred since moving to Italy from Real Madrid last summer.

Inter were crowned as Serie A champions for the first time in 11 years this season, though the club’s hierarchy have revealed that around €100m needs to be raised in a bid to combat spiralling debts.

Hakimi has emerged as one of the club’s most saleable assets following a brilliant season, the Moroccan international flourishing in Antonio Conte’s wing-back system to score seven goals and provide eight assists in 37 league appearances.

According to Sky Sports Italia, as per the Mail, Chelsea have now joined Arsenal and PSG in the race to sign the 22-year-old, with Inter set to make a profit on a player signed for €40m last summer.

Hakimi had spent the previous two seasons on loan at Borussia Dortmund and impressed with his attacking performances, the full-back comfortable on either flank and in a more advanced position.

The player’s agent is understood to have denied holding talks with any clubs over a proposed move away, though the significant interest and Inter’s need for a cash-injection could lead to a big-money exit from the San Siro.