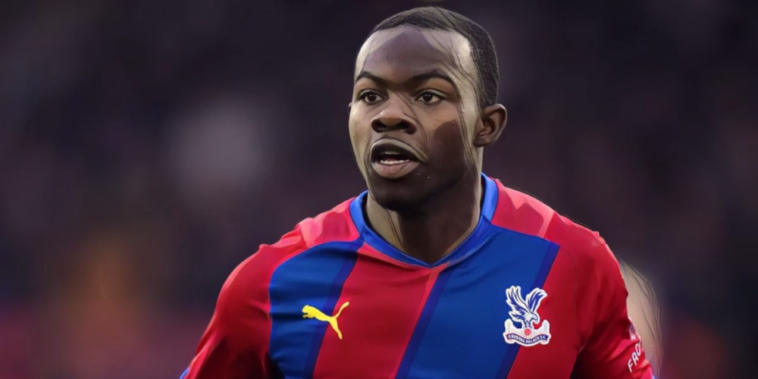 Chelsea and Manchester City are said to be watching the development of Tyrick Mitchell, following the Crystal Palace full-back’s inclusion in the England squad.

Mitchell has been included in the England squad for the first time for the upcoming fixtures with Switzerland and Ivory Coast, following an impressive season for Patrick Vieira’s side.

The 22-year-old has been in excellent form for the Eagles, ranking top of the Premier League for successful pressures and behind only Brentford midfielder Christian Norgaard for tackles.

The Sun are reporting that Mitchell – who has made just 57 senior appearances for Crystal Palace and has not been capped by England at youth level – has caught the eye of the Premier League’s leading sides with both Chelsea and Manchester City monitoring his progress.

City are interested in signing a new left-back and are tracking Mitchell, whilst Chelsea, Tottenham and Newcastle are among the Premier League rivals also interested.

Mitchell has flourished as part of Vieira’s youthful side at Selhurst Park and Palace would be reluctant to lose the academy graduate, who has replaced the departed Patrick van Aanholt as first-choice at left-back in the side.