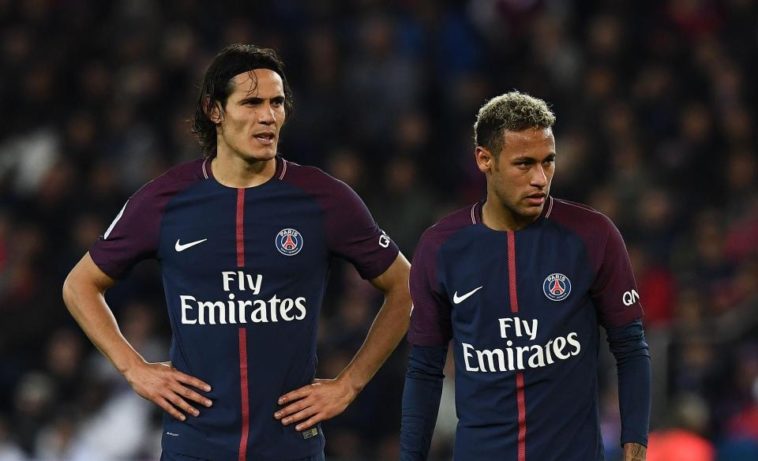 The Uruguayan’s future is subject to much speculation after a row erupted between himself and the worlds most expensive player, Neymar. The pair were seen arguing about who was to take a penalty during a game recently, as well as who took a free kick.

Reports yesterday suggested that Neymar has demanded that his new colleague be sold, with further reports today suggesting that Cavani has been offered to Real Madrid.

However, according to The Mail, Chelsea and Everton are are interested in signing the 30-year-old, as are his former club Napoli.

Chelsea are in the market for a new striker with Diego Costa looking increasingly like joining Atletico Madrid in January, while Everton failed to replace Romelu Lukaku this summer.

PSG are under pressure to balance the books following their £198m outlay on Neymar as well as committing to pay £166m to Monaco for Kylian Mbappe, who has joined the club on an initial season long loan. The pressures of Financial Fair play have seen several of PSG’s stars being linked with the move away from the club, including Angel Di Maria and Lucas Moura. However, the row between