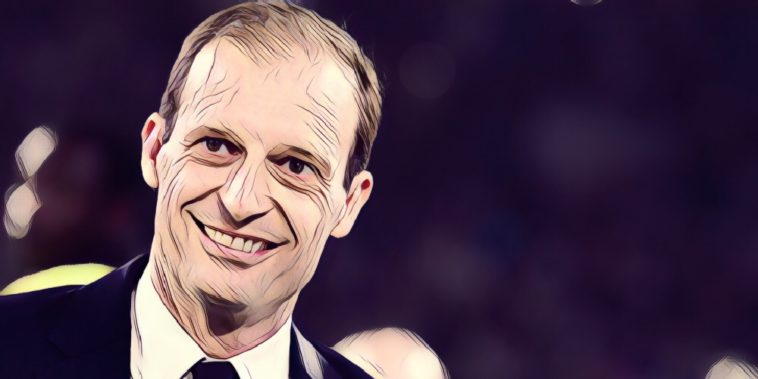 Chelsea and Arsenal managerial target Massimiliano Allegri is set for crunch talks with his current club Juventus over his future once the Serie A season is complete in a couple of weeks time.

The 50-year-old coach has won many admirers since taking over at the Turin giant in 2014, and his side need just one point from their remaining two fixtures to secure their fourth successive Scudetto under his stewardship.

Allegri has been making noises for some time about leaving Italy in search of a new challenge, although Sky Sports are reporting that Juventus’ hierarchy are planning to sit down with their manager and urge him to at least see out the remaining year on his contract.

The highly rated coach is renowned as a master tactician having guided the Bianconeri to two Champions League finals in the last four years.

Allegri is currently among the frontrunners for both the Chelsea and Arsenal jobs, and if he does decide to leave his homeland this summer it seems the Premier League will more than likely be his destination.