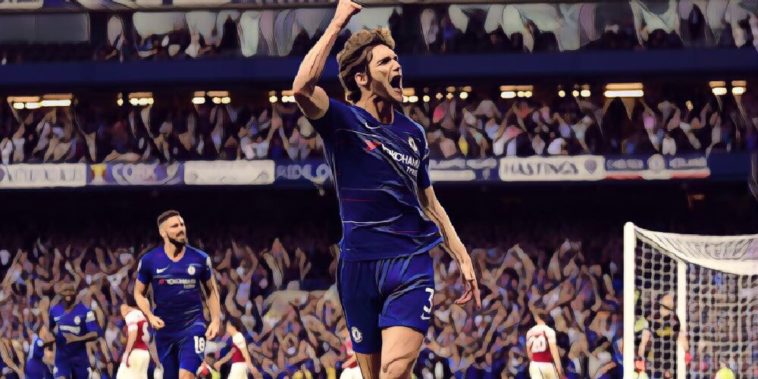 Chelsea beat Arsenal 3-2 in a thrilling encounter at Stamford Bridge in the battle of London’s two newest bosses.

Chelsea went into the game as favourites following their opening day victory over Huddersfield last week, while Arsenal had been put to the sword by Premier League champions Manchester City.

It would turn out to be one of the most entertaining games for a while, with the Blues racing to a 2-0 lead. Arsenal showed their teeth to get back on terms in what turned out to be a lesson of how not to defend by both sides before Marcos Alonso tucked home a late winner to send Chelsea to the top of the table.

Pedro opens the scoring after a good run down the left and a well weighted ball from Marcos Alonso.

Alvaro Morata makes a fool of Shkodran Mustafi to make it two.

Henrikh Mkhitaryan pulls a goal back for Arsenal.

Alex Iwobi levels the scores in what was a thrilling first half at Stamford Bridge.

Marcos Alonso scores the winner in what was a more Chelsea dominated second half.