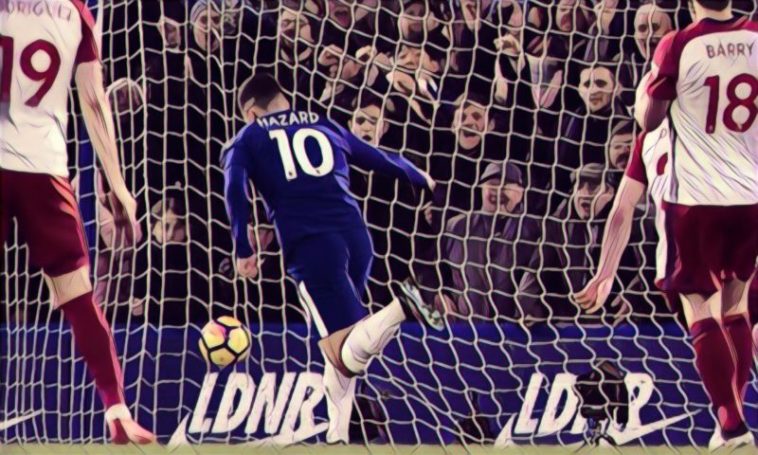 Chelsea relieved some of the pressure on their under fire boss Antonio Conte, with a much needed 3-0 win over Premier League basement boys West Brom at Stamford Bridge last night. Let’s see how the players rated …

Made a crucial one-on-one save against Rondon with the score at 1-0.

Solid as always, and made one vital close range clearance early in the second-half.

A great talent, but needs to learn when to play it smart and when to clear his lines.

Is growing into a decent Premier League defender.

Never stops running, and a tidy finish for his goal.

Not his best game, but still some classy touches and passes.

Broke up so many Baggies attacks and passed well.

Brought great energy and pace, despite playing in a unfamiliar left-wing back role.

Ok, always looking for the ball, but unable to create any clear cut chances.

Missed one great chance, but linked the play up really well during an encouraging display.

Got a good 30 mins into his legs, as he looks to regain match fitness.

A leisurely stroll for the Chelsea captain after his late introduction.

No chance with any of the goals and made some top class saves.

Put in some excellent crosses in first-half that maybe deserved more.

Worked his socks off as always.

Did well in parts, but was badly rolled by Giroud for the opener.

Good on the ball, although didn’t look comfortable when Hazard had the ball at his feet.

Very negative in possession, when his team needed him to try and make something happen as a wing back.

Crowded out in midfield by the brilliant Kante.

Lost Hazard for the first goal and looked every one of his 36 years.

Injured after three minutes. Sadly nobody was surprised.

One decent run and cross early in second-half, but did little after that.

Got stuck in as always, very little quality in possession however.