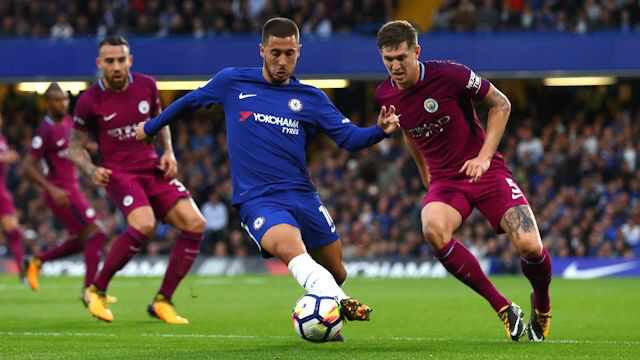 Chelsea fell to a 1-0 defeat at home to lead leaders Manchester City thanks to Kevin De Bruyne’s second-half strike. Here’s what we learned from the top of the table clash.

Can there be any doubt? After more than a year of deliberation there’s no way anybody can deny that Guardiola’s stylish brand of football does indeed cut it in the Premier League. The one-touch passing from Pep’s midfield cut through Chelsea like the plague and physicality was no problem for players such as Fernandinho, Kevin De Bruyne and John Stones. It was a dominant performance from Manchester City, and a win that came without Guardiola compromising his principles. It’s taken time, but Pep’s men finally get it.

In preseason, much was made of the fact that Chelsea would be forced to rotate more frequently this season due to their involvement in the Champion’s League. They were excellent in midweek against Atletico Madrid but it seems they were right to worry about fitness after looking weak and jaded on Saturday. Only six of last season’s title-winning XI started against Manchester City- David Luiz was suspended, Victor Moses and Pedro dropped to the bench and Diego Costa and Nemanja Matic have both been sold. Add to that the fact that Alvaro Morata went off injured in the first half for Chelsea and it looks like Conte will need to find a solution to his rotation problems- and fast.

In sharp contrast, City didn’t look to miss their key absentees in the slightest. John Stones was magnificent, stepping up to the plate to replace injured captain Vincent Kompany. At the other end of the pitch Gabriel Jesus filled Sergio Aguero’s boots with a tenacious and selfless performance. However, it was Fabian Delph who was perhaps the most impressive player on the pitch. Slotting in at left-back to replace Benjamin Mendy, Delph was superb in marshalling the Chelsea attack, even pocketing Eden Hazard for a time when the Belgian moved over to the left in an ill-fated attempt to exploit Delph’s positional inexperience.

Kevin De Bruyne simply is the best player in England. Nobody can control games like him, with defence-splitting passes and world-class technique that almost no defender can keep up with. It’s also been great to see him get back on the scoresheet in recent games, with screamers (and important ones too) against Shaktar Donetsk and Chelsea in the last week. If that wasn’t enough, De Bruyne under Pep has added defensive workrate to his game that’s beginning to look reminiscent of a peak Xavi. It’s been a highly impressive start to the season by a player who will only get better. Doubtless he also got satisfaction from scoring past Thibaut Courtois after the Chelsea ‘keeper’s affair with De Bruyne’s ex-girlfriend in 2014- what a hero.

City’s Goalkeeper Problems Are Over

I’m going to go out on a limb here and say it: Ederson is comfortably one of the top five goalkeepers in the Premier League- and he’s only been here two months. Sure, David De Gea is world class, but in the tier below him- among the likes of Hugo Lloris and Petr Cech- City’s new Brazilian more than holds his own. He was at it again on Saturday with a confident performance that mixed strong shot-stopping with some breathtaking distribution. His calmness with the ball is unrivalled and he brings sweeper-keeper qualities that nobody else in England can match. At only 23 years old, he’s arguably already the closest thing in Europe to Manuel Neuer.