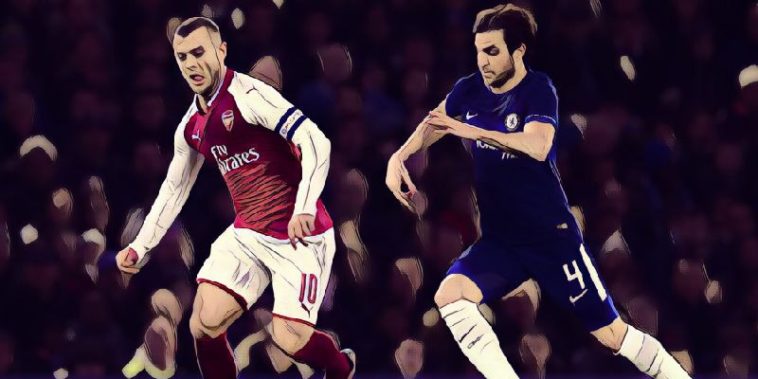 Chelsea played out a goalless draw against Arsenal in the first leg of their Carabao Cup semi-final. Here are five things we learned.

With Alexis Sanchez on the bench, Granit Xhaka was on set piece duty for Arsenal and it didn’t go very well. His first-half free-kick was woeful and then went out for a corner which was also below par.

One of his corners didn’t even get past the first defender. As a professional footballer, that is completely unacceptable.

Only one side looked like scoring tonight and that was Chelsea. The home side created more chances and troubled Arsenal throughout the game without getting on the scoresheet.

The Blues had 21 attempts on goal but couldn’t breach the Arsenal defence. The result is better for Arsenal and gives them hope for the second leg at the Emirates.

Another injury setback for Jack Wilshere

Jack Wilshere has been excellent for Arsenal recently. His performances have been encouraging and there have been talks of a new contract. He was given the captain’s armband for this game and wore it for 57 minutes until an injury prevented him from continuing.

It seemed the ball hit his ankle as he was blocking a cross. Hopefully, Wilshere will not be out for too long. If his recent performances are anything to go by, he would be sorely missed.

In the 2-2 draw between the sides last week, Morata could have scored a hat-trick and won the game for Chelsea but he missed all three chances. He seems to have lost his confidence in recent weeks as the goals have dried up, and has now gone four games without a goal.

Conte has bemoaned the lack of squad depth and could bring in a striker during this month’s transfer window to increase competition up front.

Perfectly poised for the second leg

While the goalless draw was rather dull and there were few clear-cut chances, the second leg is guaranteed to be better.

This is Arsenal’s best chance of winning a trophy this season and they will have to go all out at the Emirates in two weeks. Chelsea will also be keen to get to Wembley for the final. The second leg should be a cracker.