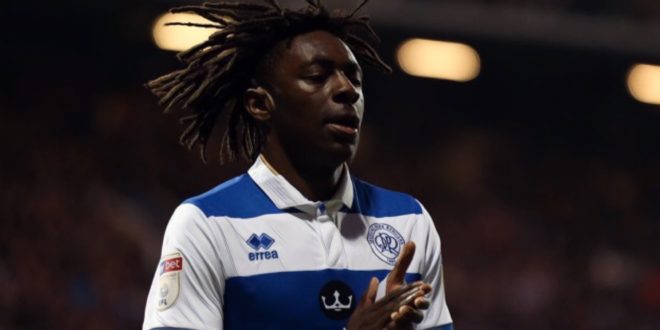 Will Dodds 05/02/2020 Championship, Five of the Best, Opinion/Features Leave a comment

Purchasing players from the Championship can be perilous business for Premier League clubs, with far more players struggling to make the jump than those that have succeeded.

However, with the standard always on the rise in England’s second tier, there are an increasing number of talented youngsters that look ready to make the step up.

Furthermore, as more sides look to impose a more technical style of play, the size of the leap that needs to be made between the two divisions is closing.

Here, we analyse five of the best prospects playing in the Championship that Premier League sides should be keeping a close eye on…

Nottingham Forest’s versatile right-sided player has been a real star this season, scoring two goals and providing four assists from 28 appearances, 25 of which has come at right-back.

Aged just 22, Matty Cash joined Forest in 2014 and has already made 126 appearances for the storied club. Starting his career further forward, he seems to have found a home in a more defensive role under Sabri Lamouchi this season, utilising his both-way abilities to great effect.

A good tackler, Cash can dribble and cross with great effect and is averaging 1.1 key passes and 1.1 dribbles per game from his more defensive starting point. Linked with West Ham United during the past month, the former Wycombe Wanderers academy prospect would certainly represent an upgrade in the right-back position for a number of top-flight clubs.

However, if Forest are able to secure promotion this season themselves, Cash could be advised to stay put and continue to impress in Lamouchi’s burgeoning side.

Not strictly a Championship player in the sense that he is on loan from Premier League club Brighton & Hove Albion, but Ben White’s profile has been hugely raised this season because of his impressive performance at Leeds United under Marcelo Bielsa. With just two senior appearances for Brighton so far, the 22-year-old has played a crucial role in Leeds’ season and is rapidly gaining a reputation as one of the best ball-playing centre-backs in the second tier.

Possessing a cultured right foot it is White’s distribution and attacking contribution that has made him stand out most, but he is also a tough defender that does not shirk a tackle. Starting every league match so far this season for the Elland Road club, he is clearly very highly thought of by Bielsa and given Brighton’s surplus of centre-backs, it would be no surprise to see him seeking a move away in the summer.

If Leeds are promoted, a permanent move to Yorkshire would be the obvious route into the Premier League, although his skill on the ball could see him attract interest from sides further up the division.

Another player on this list that has taken his game to the next level since uniting with Bielsa, Kalvin Phillips has been one of the best deep-lying midfielders in the league for the last two seasons.

Only three midfielders in the Championship are averaging more passes per game than Phillips this term, while he is completing two key passes per match. Able to play at centre back too, Phillips is also averaging 2.9 tackles and 1.3 interceptions per 90, marking him out as one of the best all-rounders in the league.

The Leeds academy graduate has been at the club for 10 years and despite now being 24, he is still young for a player dictating play from the base of midfield in a tactically advanced Leeds side. This summer the Englishman came close to a move away, with Aston Villa reportedly interested, but he was rewarded with a new deal and will have only benefited from another season with Bielsa.

With Leeds pushing hard for promotion, Phillips could choose to remain at Elland Road next season, but a player of his skill set should also be attracting interest from top-flight clubs, who are in need of an all-action playmaker that can fit straight into a possession-based system.

A breakout star for Queens Park Rangers last season, Eberechi Eze has been perhaps the outstanding player in England’s second tier this term. With 10 league goals and six assists, Eze is the driving force in an otherwise flawed QPR side that are 12 points adrift of the playoffs. Already linked with a number of top-flight sides, the Nigerian is still only 21 years old and has visibly improved this season under Mark Warburton.

A number 10 in QPR’s current formation, Eze can carry the ball between the lines very effectively and has shown his ability to deliver a killer final ball. The former Milwall man can shoot from range and is averaging 2.4 shots per game this season. He is also very technically secure, averaging 86% accurate passes per 90, while his defensive output is impressive for a player in his advanced role.

Matheus Pereira has been a revelation for West Bromwich Albion this season since arriving on loan from Sporting Lisbon in the summer and has helped drive the Baggies to the top of the Championship with just 16 matches to play. Diminutive in stature, the Brazilian possesses outstanding close control and dribbling skills and has become the main creative force for Slaven Bilic this season.

With five goals and 10 assists from an advanced midfield role, the 23-year-old Brazilian has attracted plenty of attention from Championship sides and beyond and will certainly have a number of options come the summer.

The Sporting loanee had limited success at Nurnberg in the Bundesliga last season and registered seven goals with Portuguese side Chaves the season before that, but has only ever made 27 appearances for his parent club.

With Bruno Fernandes departing for Manchester United last month, a return to Portugal could be an option, but as West Brom close in on promotion to Premier League Pereira may prefer to remain in English football going forward.