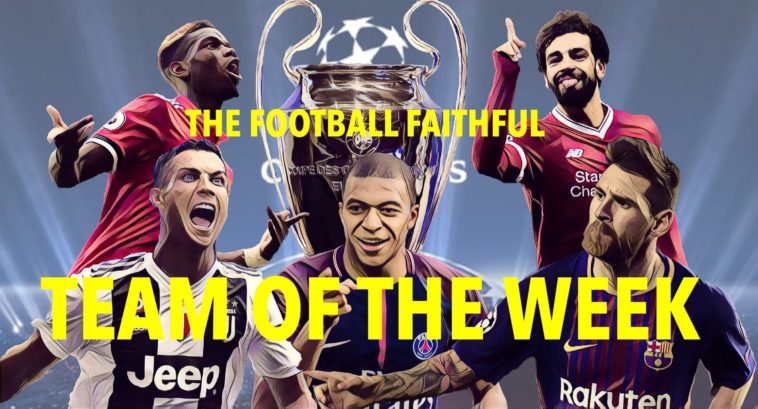 The Champions League is back with a bang, and it has been a week full of mixed performances from some of the biggest names in the game.

Here are the best XI players from Matchday one of the UEFA Champions League.

Was kept busy after Juventus were forced to play for the majority of the game against Valencia with 10 men, but came away with a clean sheet after saving a late penalty.

Always a threat, but does his defensive duties astutely too. Got plenty of tackles in and won 4/5 of aerial battles.

Normally I would write these seperately, but Bonucci and Chiellini were simply sublime together. Between them they made 14 clearances, blocked eight shots, made three interceptions, and won 5/8 of their aerial duels. Proper defenders.

Two goals from a left-back, you simply can’t argue with that!

Excellent as usual, completing 83 passes (95% pass accuracy) including five key passes as Real Madrid cruised to a 3-0 victory over Roma.

This was the kind of performance that will leave Jose Mourinho fuming about all of his poor ones, because Pogba was everywhere, scoring two goals and setting up the other in what was probably the performance of the week by anyone…

…anyone human that is. Lionel Messi back to his brilliant best with a fine hat-trick as Barcelona beat PSV 4-0.

On this evidence, you can see why Liverpool were interested in the playmaker, who helped Lyon to one of the shock results of the round, beating Premier League champions Man City, scoring a goal and providing an assist in the process.

The Everton loanee scored one and set up another in a display of what the Toffees might be missing.

Two goals for minnows Plzen to earn a valuable point against CSKA.